I neglected my fitness regime to lean out of a window at sunset and enjoy the golden light. At this time of the day the skies are dominated by two combative gangs: the parakeets and the crows. Fifteen parakeets sat on one tree, or is it sixteen? Sixteen crows were in another. When I saw them, I remembered reading something about how intelligence and complex social structures evolve together. I hadn’t read about birds and their cognitive abilities much, except for tidbits about how crows can recognize human faces, songbirds can learn from others, and that pigeons can follow roads. So I looked up what is known of the brains of birds and was surprised out of my neocortex. Apparently birds have incredibly complex brains, which are organized completely differently from ours. An article gave a nice analogy, mammalian brains are organized like a club sandwich, in layers, but birds’ brains are organized like a pepperoni pizza, with different bits sitting next to each other. Most surprising of all, apparently the language learning part of our brains is functionally similar to that of parrots and songbirds, who also learn from hearing each other.

But the biggest surprise of all was a paper published just a couple of months ago. It seems that someone has measured brain to body ratios in a large sample of birds, and from fossils of avian and non-avian dinosaurs. The complex brains of birds began evolving when their bodies they became smaller than those of their saurian ancestors, but their brains did not change in size. After that some have evolved larger brains by growing big in both body and brain sizes, but with more rapid growth in brains. Of these, it seems that parrots and crows have the largest brain to body ratios, and they are right in the same ballpark as us. We’ve all heard about the fabulous ability of parrots to memorize phrases and say them back to us. I didn’t know that they rank with the crows in their ability to recognize human faces, and tell them apart. It’s more than I can do with parakeets. There are even claims that they can recognize that their companions can reason just like them.

There is a crow which sits on my window as I sip my tea in the morning and read the newspaper. Sometimes I’ve caught it craning its neck as if it was trying to read the paper. Maybe it was!

If you saw Friends! in its first season, you might remember that in a rather momentous episode Ross goes away to China for a week. He explained to Monica that a bone had been discovered, and that he had to get it. It was a very current episode for 1994, when new dinosaur fossils were beginning to be unearthed across China. When I passed through Shanghai a few months ago I decided to visit the Shanghai Museum of Natural History. It is easy to find, since there is a metro station named for the Museum, right next to it. The discoveries in China have completely changed our view of dinosaurs. The sheer number of fossils has allowed studies of entire life histories, including growth rates and reproductive behaviour, and even their colour. The fossil whose photo is featured is one of a 100 million years old genus called the Psittacosaurus, because of its parrot-like bill.

Next to the case with the fossil skeleton is a big draw: an animatronic model of one of the species of Psittacosaurus. The explanatory note says that the model is programmed to show it defending its nest full of eggs. There is physical evidence of the colour and proto-feathers. So much so that, if I were an expert, I would be able to tell the species by the colour, like in some bird genera today. I’m sure that much research has gone into the behaviour being exhibited. Predictably, the display was very popular with children, as you can figure out from the soundtrack, if you play the video. For a while now, movies such as Jurassic Park needed a reboot to display dinosaur feathers and their colours more accurately. This model is a nice way to get rid of the outdated iconography of dinosaurs.

In trying to refresh my mind about what we had seen of Dhar on our visit in August, 2010, I found photos which reminded me of an interesting museum that I’d completely forgotten about. Driving from Dhar to Mandu we saw a fiberglass statue of a dinosaur in the middle of a barren landscape. As it came nearer, we found a track leading off the road towards a small building at the foot of the dinosaur. We turned off and approached what we realized was a little museum of fossils.

Outside the building were several slabs of stones bearing fossils. I’d never seen a fossil dinosaur’s egg, and this one embedded into the rock was a wonderful sight (photo above). I’d always thought of them as round, but this was distinctly egg-shaped. if you place an egg on the kitchen counter and push it, it will tend to turn in a circle. The shape keeps it from rolling too far. I guess the same evolutionary pressure acted on dinosaurs. In fact, now that we know that birds are the descendants of dinosaurs, I should not be surprised by the shape of the egg. It turns out that theropod dinosaurs, which include the ancestors of modern birds, had eggs of this shape. If this was a theropod egg, it must have been less than 250 million years old.

The museum looked closed. But as we admired the fossils outside, a young man came along and said he could open the museum if we wanted to take a look. Inside we saw some more eggs embedded into a rock (photo above). These were more nearly round. I wonder whether that is because I was looking at it along its length, or whether it was genuinely more spherical. If it was spherical then it could belong to other groups of dinosaurs, and, possibly, be older. In any case, all this is mere speculation. Since the museum was a little short of documentation, you could let your imagination run wild.

The Family and I walked along the short aisle, looking at all the different fossils on display. Someone had made an effort to make an interesting display on geology and the history of the earth. The keeper (photo below) also had been trained, because he gave us a small lecture on the ages of the earth, and the different kinds of dinosaurs. The Narmada basin yields huge numbers of marine fossils. We saw an ammonite on display (featured photo). There were also beautifully patterned globular fossils which must have been the remains of marine animals.

There are infrequent reports in newspapers of fossil finds in this area, although it is known since the 18th century that this area is rich in fossils. Unfortunately, there is no agency to protect fossils in the field, so inevitably they are removed and lost. Even then it was clear that not much money was being spent on the museum; even the keeper’s salary was clearly not very good. Now, almost a decade later, I read that the museum is dysfunctional and uncared for. A pity, since fossils such as these could tell us much more about the geological history of India than is now known. 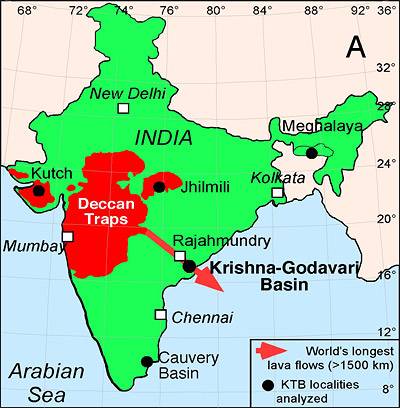