A little way out of Shillong, on the Shillong-Sohra highway, you come to Elephant Falls. Among the many waterfalls of Meghalaya, this is the one which is most easily accessible from Shillong. As a result, when we reached the waterfall one morning, it was crowded. A board near the entrance told us that the Khasi name for the waterfall translates to Three Step Waterfall. This is a very apt description of this layered beauty. The English name referred to a stone which is said to have resembled an elephant. Since this rock was destroyed in the earthquake of 1897 CE, there is no telling what it may have looked like to modern eyes. 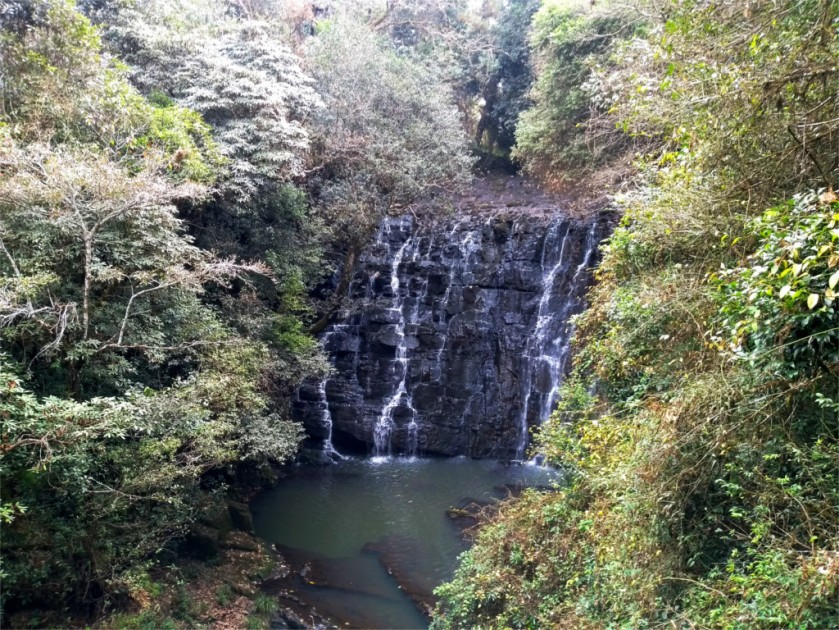 It was a short walk from the car park to the first stage of the waterfall. This is a considerable drop. The flow was pretty meager in winter, as you can see in the photo above. The channel is pretty wide, though. So I guess during, and just after, the monsoon, this will be a pretty impressive falls. The photo was taken from a big rock face around which the stream runs after the drop. Steps cut into the drop lead down to the second stage. Before taking the steps down, the clan gathered for a long round of taking photos of each other. Only when everyone was convinced that each of us had been photographed by everyone else (this takes a long time when there are almost twenty people involved), did we move towards the steps. 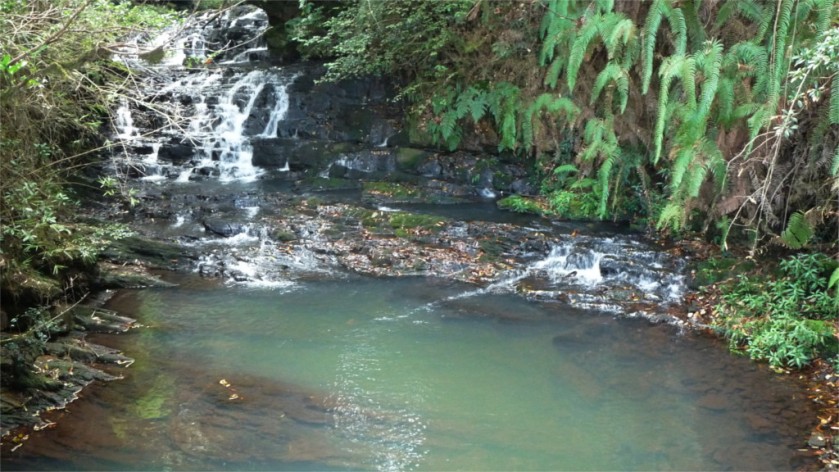 The second stage is the shortest fall. The photo that you see above was taken from a bridge which leads across the stream after the second stage of the fall. Both the times that I’ve been here, the pool was a deep green in colour because of the overhanging trees and other plants. There are pretty impressive ferns here, as you can see from the photo. The featured photo was made from the bridge looking down towards the third stage. The rock here is granite; you have to travel a little further south to get into the part of the Shillong plateau which is made of limestone. 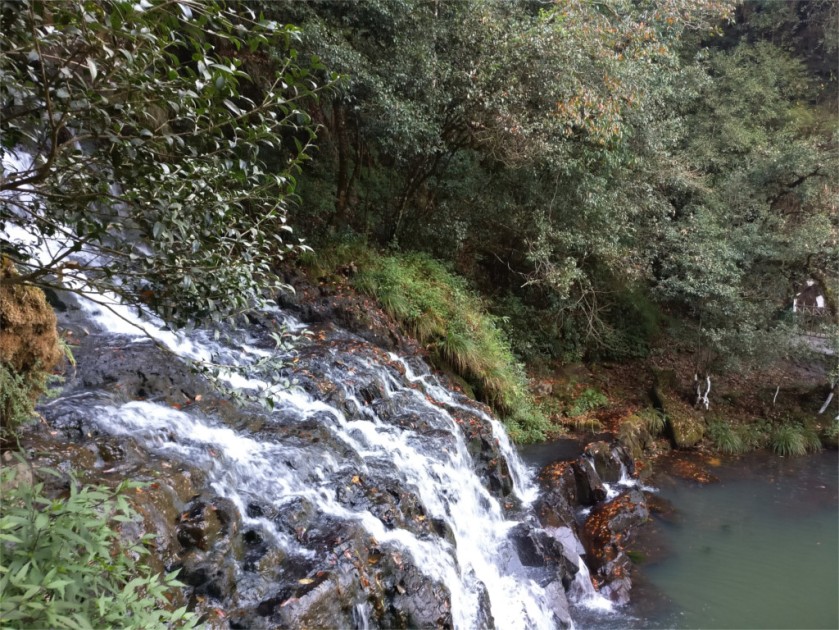 This seems like the highest fall. Steps are cut into the rock face next to it, and some concrete has been poured recently over the stone to make smoother steps. It was very crowded on the day we were there, and I was happy with the stout guard rails on the side of the stairs. I stopped part of the way down to take the photo that you see above. Most of the action was below. The steps lead down to the pool at the bottom of the fall. The deepest part is off limits, as a rope across the area warns you. But the edge of the pool is full of people taking photos. This is not the most impressive fall that I’ve seen, but it has wonderful greenery around it in all seasons. The first time that I had gone to this place there were very few people, and the place had an air of soothing calmness. I thought it was worth stopping here on our way to Sohra.

Back at the car park we had time to explore the veritable mall that had sprung up in the years since I was here last. Chai and jalebi was welcome, but I was looking for something more substantial. Niece Mbili said a pork sandwich would be welcome. We explored nearby stalls and found one which said pork roll on the menu. We ordered two, and waited a long while for them to be prepared. That was a good sign, I thought. The Family came in to investigate what we were doing, and then others came by. Eventually we got piping hot, fresh and juicy, pork rolls. “Heaven”, said Niece Mbili and then we munched our paratha and meat in blissful silence.