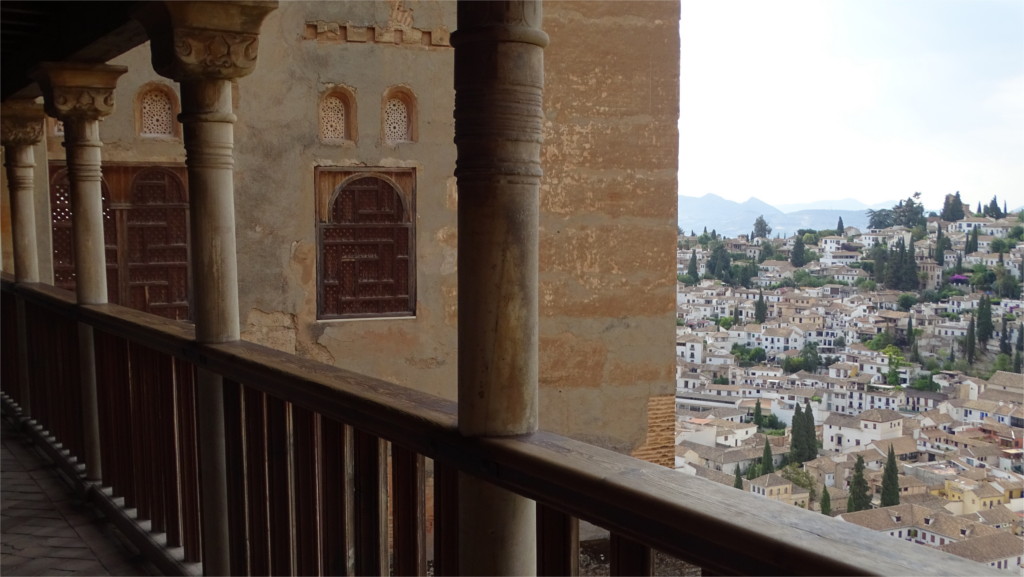 Qalat Al-Hamra, the ancient name of the palace now called Alhambra, means the Red Fort. Qalat comes from the same root as the Hindi word qila, meaning fort. The name is derived from the stone, whose colour you can see in the featured photo. An Indian, whose imagination will be inflamed by the red sandstone of Mughal architecture, may be disappointed by the name. However, everything else in Alhambra lives up to its reputation.

So much has been written about Alhambra that I do not really need to add to it. The present structure was built in the 14th century by the Emir of Granada, and added to over the next one and a half centuries, until the fall of Granada and the surrender of the last sultan, Boabdil, in 1492 CE. It eventually fell into disuse, and serious efforts at restoration only began in the 19th century CE. Even for those who have grown up with the impressive Mughal architecture, Granada is a visual treat. The intricate stone and wood work, the sheer proliferation of detail, the clever lattice work with Kufic calligraphy worked into it, everything is delightful. The little flakes of paint on some of the walls indicate that there was much more to the decoration than is visible today. 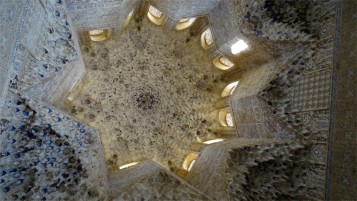 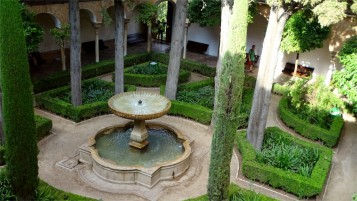 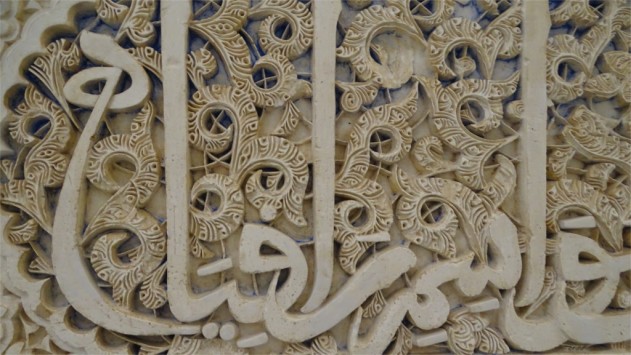 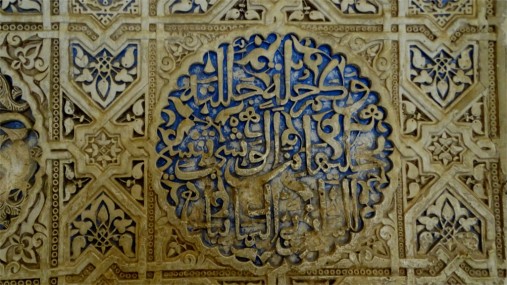 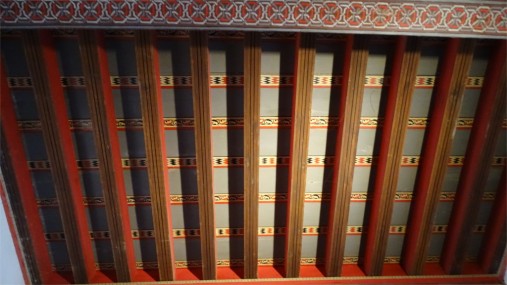 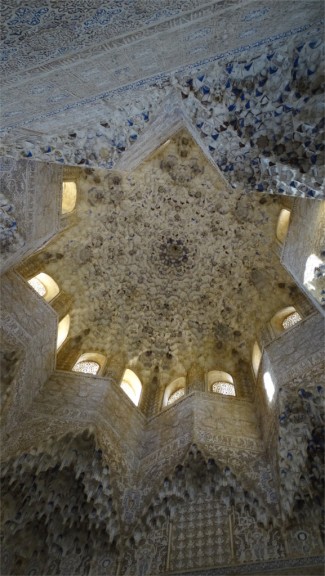 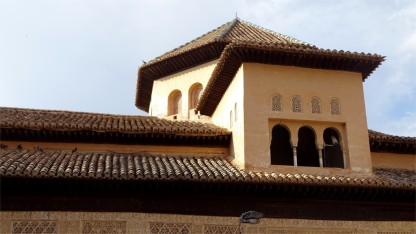 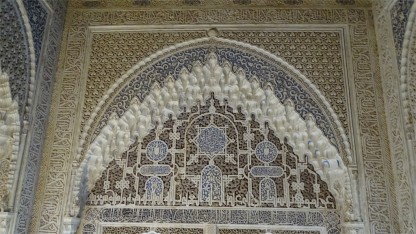 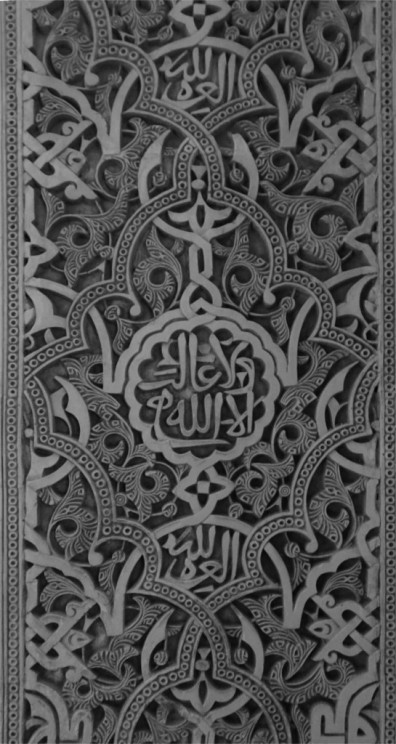 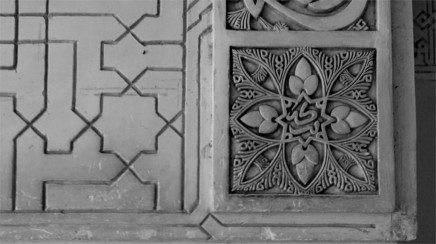 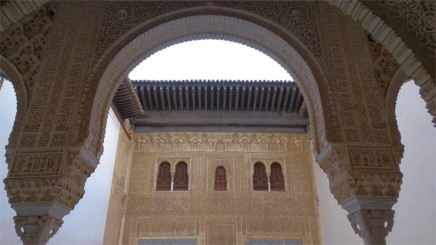 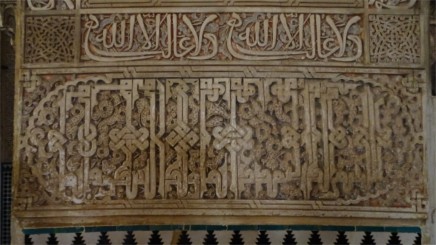 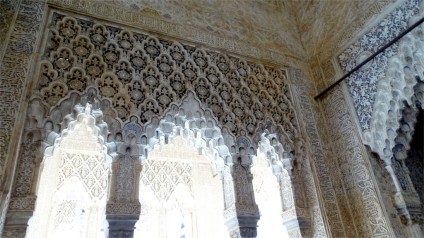 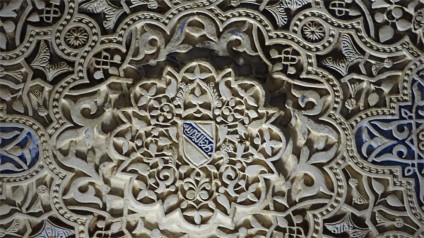 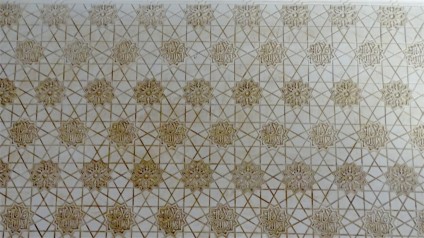 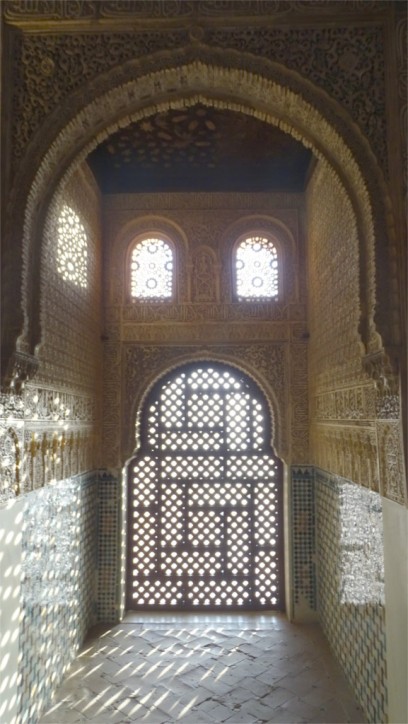 This is Spain’s biggest tourist draw, so one has to make sure to buy the tickets well in advance. We realized this a bit more than a week before we were planning to visit, and found that the tickets to the Nasrid palace were sold out. One can get a combination ticket, at a higher price, which allows you into the full complex of Alhambra and also to some buildings inside Albaycin. This was still available. There is a separate ticket to the Alhambra gardens and the Generalife, which does not give you entrance into the palace complex. This remains available even longer. We were fortunate that our hosts independently arranged for a night visit to the palace, so we got to see the Nasrid complex twice. The second visit was with a guide. He was good and pointed out details which I might have missed otherwise. However, I liked to pace myself with the audio guide, since that is also really well put together.