You might not be surprised by Istanbul’s charm. A little square between buildings in Fatih with a swing and a teeter-totter makes a decent playground for the neighbourhood’s children. A few benches are scattered around for parents who are too tired to stand. And someone has painted a cheerful canary on the blue wall of one of the buildings which encloses the area. Charming? Sure. Surprising? No.

But in Galatasaray, two dolphins rearing up on their tails holding telephones in their plastic bellies is a touch of whimsy that one does not anticipate. We’d watched dolphins fishing in the Golden Horn. Here, a kilometer or two away, a telephone company had decided to use them as a symbol. Nice thinking.

Between the two, in the Eminönü district, a tap at the German fountain still works. Tourists and locals drink the water it dispenses. There is no sign saying which sultan had it placed here, but supplying potable water to citizens was a task that the Roman empire took very seriously, where in its first capital, or in the successor capital, Constantinople. We asked the locals about the tap water. They do not recommend it to tourists, but they drink it themselves. So we followed their example now and then, without getting into trouble.

On our drive through the town of Selçuk we saw an avenue lined with lions. This was quite surprising, and I hopped off the car to take a quick photo. I haven’t come across a description of this before, nor an explanation. Is it recent? Not recent enough for it to be made of concrete poured into moulds. The columns were made of stone. Sometime, somewhere I suppose I will eventually find the history of these lions standing on two paws. 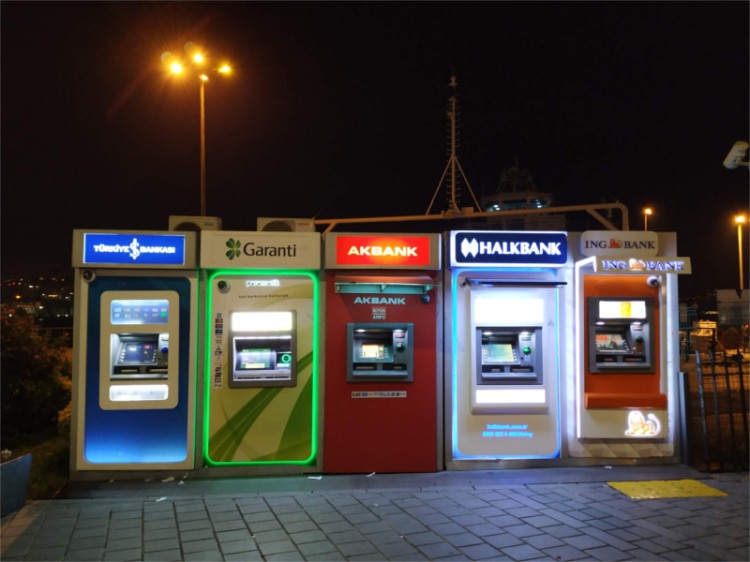 Seats and water fountains are probably as ancient as the very notion of a city. Telephones have had their day, and phone booths are now quaint reminders of the twentieth century. It was comforting to walk by the Halic and see a line of ATMs waiting patiently. I didn’t have to use them, but after spending a week wandering through Anatolia, it was nice to be reminded that one was back in a city.

I love to read the general instructions in guide books when I plan to visit a new country. One of the big tips I got before we traveled to Turkey (and one which I forgot until I reached Istanbul) was simple: a kebap restaurant is usually not a take away. The Family and I like to sit down for lunch, even if it is a quick lunch. When we looked for quick bites for lunch and found kebap shops, I finally remembered this piece of information. We loved these kababs, flavourful and low in salt. A typical lunch would be çöp sis kebap or Adana kebap for me, and a tavuk sis kebap for The Family. Often this would come with a salad and bulgur rice on the side, and a basket of nan. 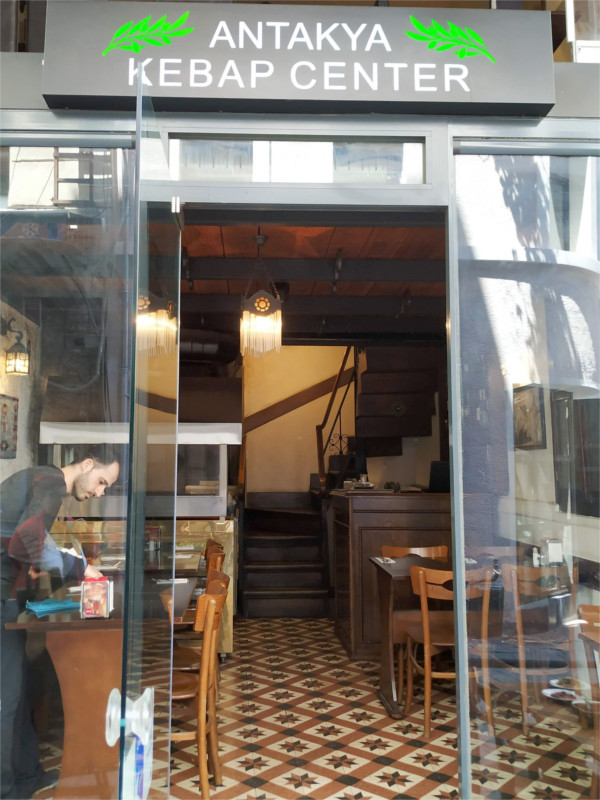 The little shop that you see in the photo above is a typical little kebap shop off Istiklal Caddesi. It was a one man show. The guy whom you see in the pictures ran the shop, We were the only customer in the afternoon, and we took one of the tables downstairs. The man grilled the kebaps after we ordered, and heated up the nan. We could see him do a quick barbecue of the tomato before serving it to us. We loved the food, and liked the service, but we were certain that we were unlikely to come back here. There are many equally charming and good shops scattered around Istanbul. We ate at a new place for lunch every day, and did not regret trying any of them.