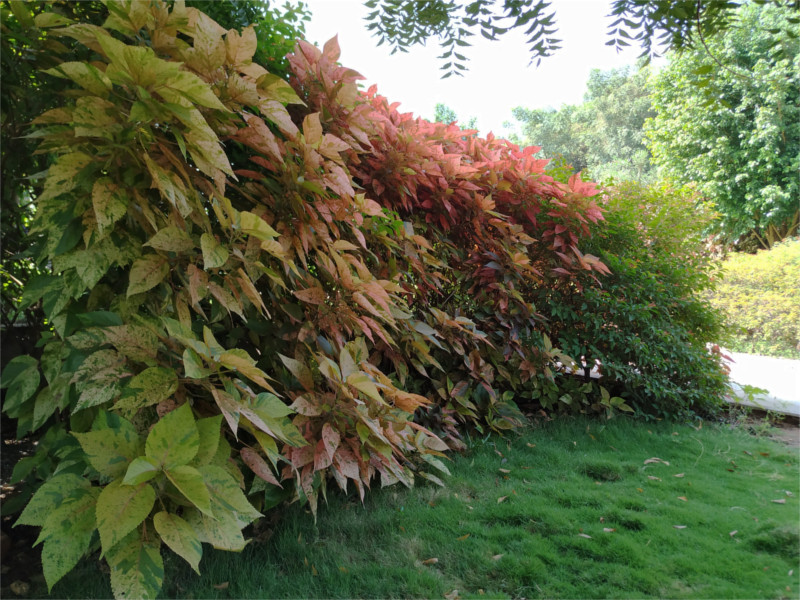 Between chasing birds and scoping out animals on holidays, and traveling on work otherwise, I don’t get to spend much time in gardens. So when the opportunity does come, I lose no time in relaxing. Instead I’m up and about with my camera, until I come to a nice empty bench on which I can sprawl.

I managed a long sprawl in this tiny garden in Hampi while others were visiting some small and insignificant forestry museum. I think it was time well spent. You decide. 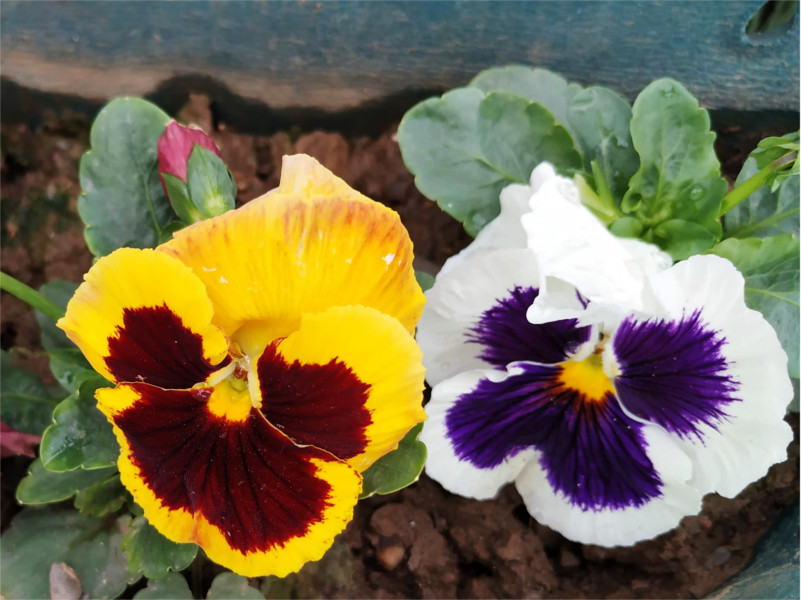 Winter has ended in the north of India, the only part of the country which has a clear winter. That is the season when gardens are full of exotic flowers brought from temperate countries. Bees are everywhere at the end of winter, in the last flowering of gardens, and continuing into spring, the season of wildflowers. On my trip to Dehradun, and up to the Garhwal Sivaliks, I saw lots of flowering gardens. I didn’t manage to capture the bees with my phone camera, but I got the flowers. 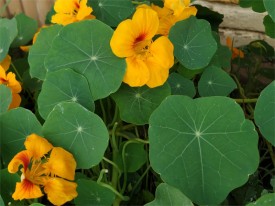 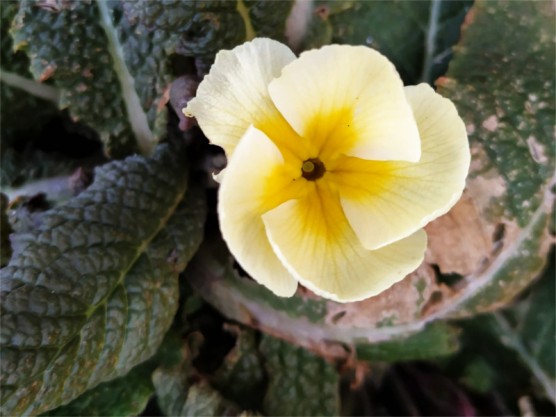 In response to an invitation for a villanelle (I had to look up a detailed description too), I had fun making up something which you could call the Love Song of the Bee. It could remind you of Vogon poetry, or you could think of it as a mashup of the Love Song of J. Alfred Prufrock by Thomas Eliot, Theocritus by Oscar Wilde, and a view of a garden seen from a kitchen,

Still through the ivy flits the bee
While I finish in the kitchen
Before the taking of toast and tea.

The winter sun dips behind a tree
A pot and cups, in the light glisten
Still through the ivy flits the bee.

I hurry. The kitchen chores a fee
I pay for the pleasure of the garden
Before the taking of toast and tea.

Winter’s almost gone. I see
the leaves are touched with brown.
Still through the ivy flits the bee.

Kitchenwork’s done. It’s time for you and me
To walk in the garden, talk, listen
Before the taking of toast and tea.

Come, see the flowers. I’m now free
For the wicker chairs in the garden,
Where, still through the ivy flits the bee
Before the taking of toast and tea. 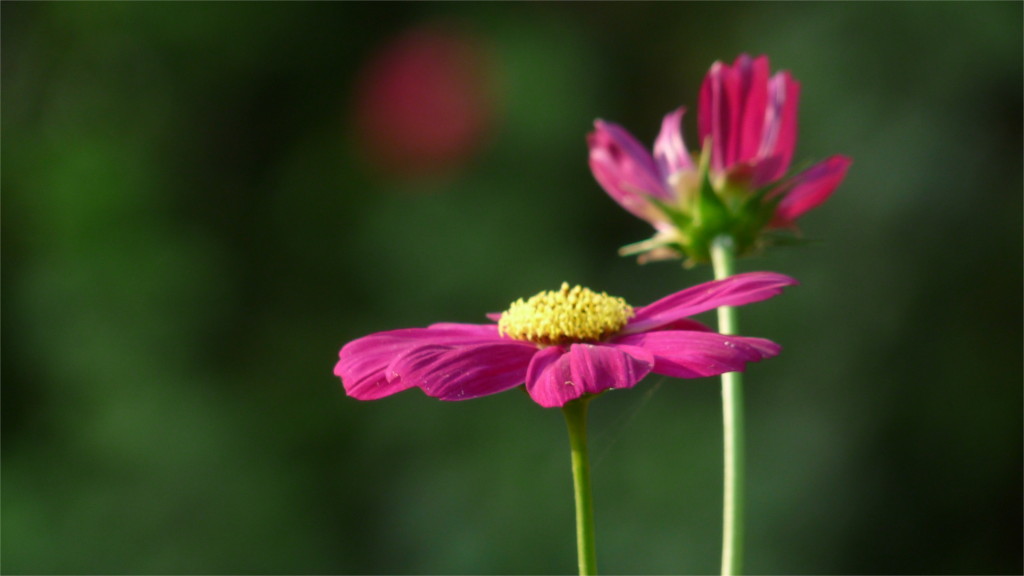 I love the sight of flowering cosmo. You find them growing in gardens, but they often escape and grow wild. As you can see, these are typically eight-petaled. On the other hand, all Himalayan wild flowers that I photographed on a trip a couple of months ago turned out to have five petals. Eight is the number that follows five in the Fibonacci sequence of numbers: 1, 1, 2, 3, 5, 8, 13, 21, and so on. Each number after the first two is obtained by adding up the two previous numbers. Works on aesthetics are full of the mystical properties of these numbers, and the relation they bear to the Golden Ratio, which is the ratio (1+√5):2. If you are interested, I can point you to one or two.

Is the number of petals in a flower always a number out of the Fibonacci sequence? Of course not. Primroses and Gentian have four petals. The ginger and onion families have flowers with six petals. I’m sure they are no less beautiful than five or eight petaled flowers. So it is surprising to find web sites on popular mathematics which make the unprovable claim that most flowers have a Fibonacci’s number of petals. This is a hollow claim because we don’t know what “most” means: is it 90 out of hundred or 51 out of a hundred. Should we count the number of flowers, or the number of species of plants? “Most” is a weasel word. Even so there are some impressive attempts to debunk this claim.

The most impressive amongst the scant evidence for Fibonacci’s flowers is the sunflower, which has 21 petals. There is a missing number, as you may have noticed: the even more mystical 13. Looking through the collection of flowers which I photographed, I can offer the example of a thirteen petaled gazania in the photo below.

I don’t have the legendary patience of a botanist, so I have never managed to count petals up to the next number in Fibonnaci’s sequence, which would be 34. But it seems that I don’t need to play along with this myth. All the photos that you see here are of compound flowers. Each one of the structures that we think of as petals is a separate flower and the cluster of rods at the center are also separate flowers. The central ones are called ray flowers and the ones we think of as petals are called disk flowers. You can easily look at the gazania in the last photo more closely and see that the ray flowers have five petals each. The cosmo also seems to have five petaled ray flowers. The disk flowers are also five petaled, but you have to look at the underside of the flower to see how they have fused together.

Contrary to mystics, botanists find that the number of petals is three, four, five or six. Some counts say that 70% of all flowering plants have five petals. I don’t know how precise this census is. Such percentages depends again on what you count: flowers, species or genus. But one thing is certain. Fibonacci numbers and the golden ratio may be nice stories, which have little to do with the budding of a flower.

Now, there might be an escape route for the Fibonacci fans; so let me quickly close that. Could it be that the number of disk flowers in a compound flower is a Fibonacci number? After all that is the number of “petals” most of us count. It seems that this story also fails. In the photo above I show you a spectacular water lily. If you count the petals, you will find a number between 21 and 34: definitely not a Fibonacci number. In fact, if you count the petals of the gazania in the photo I showed, maybe you can catch me out on a fib.