Almost 900 years ago, in 1248 CE, the Moorish rule over Seville came to an end when Fernando III captured the town. His son, Alfonso X, razed a large part of the Almohad palace and built a Gothic palace in its place. Parts of the garden also re-purposed the walls of the old palace. This gallery shows parts of the Gothic palace and the garden behind it.

Azulejo panel on the wall of Charles V palace 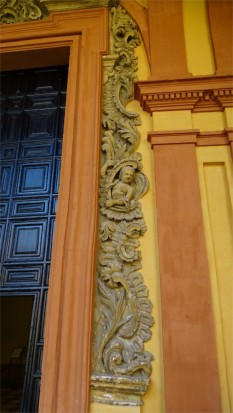 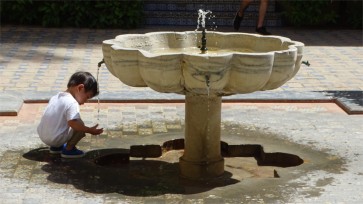 Modern visitor to the garden of the Alcazar

Pool of Mercury, Alcazar of Seville

A niche in the garden of the Alcazar

Icon in the house of contracts

Ewer on the wall of Charles V palace

Walls of the house of contracts 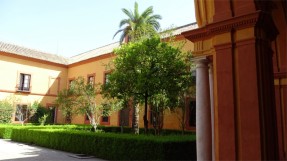