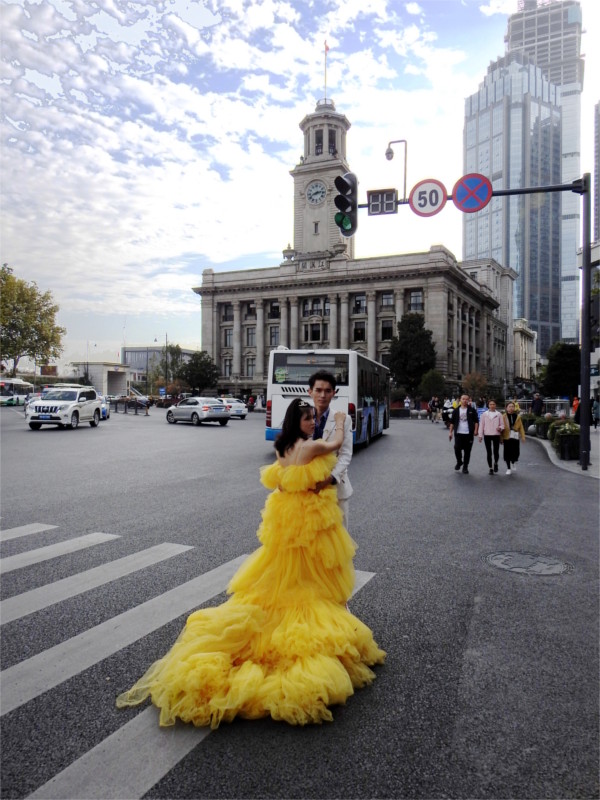 When I walk down the streets of China an old song comes to my mind “And you of tender years, can’t know the fears that your elders grew by.” During the time that the Taiping revolution had weakened the Qing dynasty, European powers forced China to open up the heartland of the Yangtze to foreign powers. One result was the establishment of treaty ports, like the one whose remnants I walked through in the Hankou district of Wuhan. The customs house, which you see in the featured photo, is now the backdrop for wedding shoots.

I crossed Yanjiang Avenue through the zebra on which you can see the couple and walked along it to take photos of a few of the old buildings here. Construction of the neoclassical HSBC building started in 1914, and as held up for many years because of the First World War before it was completed in 1920. The most recent renovation was in 1999. I was quite impressed by the ten two-storey tall Ionic columns of the facade. Another striking neoclassical structure on the road is the old Citibank building. I couldn’t find much information about it. Neoclassical was mixed in with neo-Georgian here, as you can see in the third photo above. I have no information at all about this building. 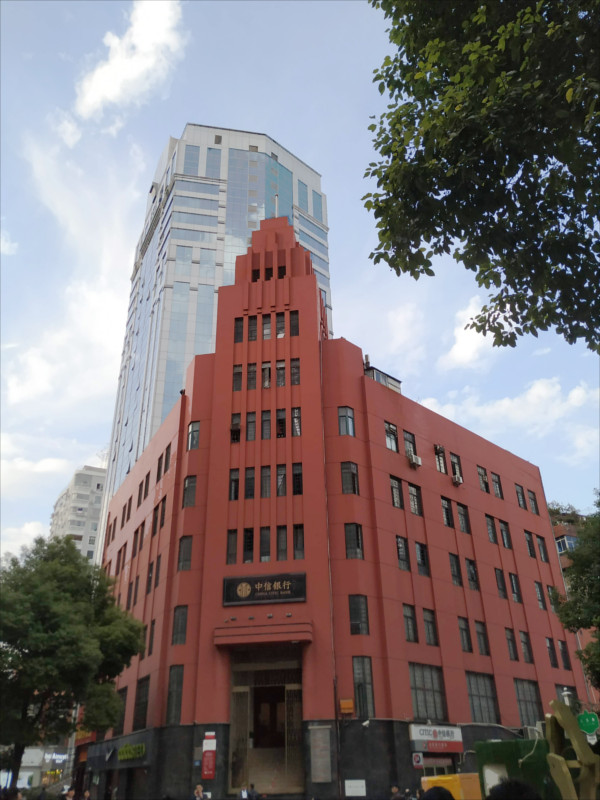 I walked back to the pedestrian area which starts from the customs house and noticed a lovely old Art Deco building. There was no information about it. A few local photographers were standing around taking photos of various buildings here. This is clear evidence that an awareness of the architectural heritage of this part of the city is growing. I discover interesting things which I hadn’t noticed earlier each time I walk in this area. I will be back again for another walk, I promised myself as I took a metro from the Jianghan Road station.

Wuhan is a sprawling town which incorporates the three former towns called Wuchang, Hanyang and Hankou. Wuchang is famous for the revolution of 1911 which overthrew the Qing dynasty and eventually gave rise to Kuomintang China. Across the Yangtze river from Wuchang is the square mile of Hankou which was ceded to foreign powers by the 1885 Treaty of Tientsin. I went to see the Wuhan Bund which was built as a flood-protection measure on the Hankou side of the river in 2005. While exiting the Bund on to Yanjiang Dadao, I noticed that there seemed to be several Art Deco buildings on the other side of the road. In the photo above you can see the former Hong Kong and Shanghai Bank right in the center. In the photo it appears in front of the tall blue tower called the Jiali Plaza, once the tallest building in Wuhan. Next to the HSBC bank is the old National City Bank of New York, now the ICBC Bank. These two buildings are flying the Chinese flag. 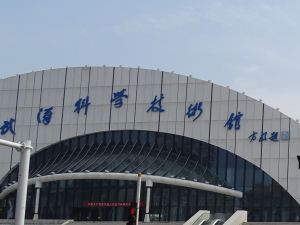 I crossed the road and realized that the massive building which was once the Port of Hankou was also an Art Deco structure. You can recognize it in the clean curves you see in this photo. I wish I could read what’s written on the facade; I’m still unable to read calligraphic Chinese writing. Other parts of the port have the straight lines and curving flares typical of this style. The discovery of Wuhan’s Art Deco past was a bit of a jolt. I had very little time to explore it. I continued walking away from the Bund and towards a building that I later realized was the Old Customs House. At the street level, shops had put up their own facades, but if you looked higher you could see several buildings with tell-tale Art Deco lines and trim. I was amazed. This part used to be the old British Concession, and I’d expected the heavy late-Victorian architecture of the late 19th century, not the light and playful Art Deco of several decades later. Afterwards, when I thought about it I realized I should not have been surprised. Even in Mumbai there is a mixing of these two architectural styles.

On my ten minute walk I also saw Art Nouveau in many places. One example was this neglected gate: the superposition of the playful vines on the straight lines of the grilles is a lovely piece of Deco. This was almost my last discovery. My walk ended at the Customs House, and the Social Realist style statue nearby commemorating the city’s protection from floods. I realize now, while browsing the net, that this period of Wuhan’s architecture is well-known but ill-documented. Certainly the neglected gate above, with its mixture of Art Nouveau and Chinese styles is an unique, but unremarked heritage. When I go back I must devote more time to exploring this area.