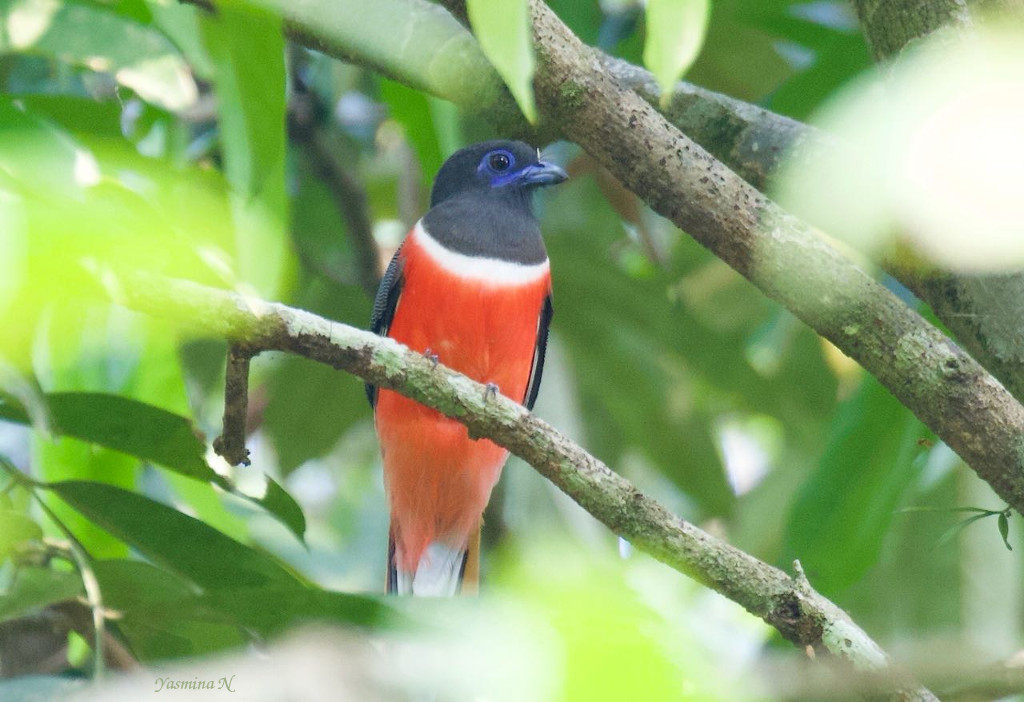 In Urulanthanni near Thattekad we had our first sighting of the Malabar Trogon (Harpactes fasciatus). The bright red male caused a commotion in the group, resulting in a bit of jostling. The one person who managed to take a clear photo of the bird was J. Multiflora, whose photos you see here. Soon after, the male left its perch and we could see it through gaps in the canopy sallying and diving, presumably to catch its prey. Trogons are known to eat all manners of insects; an enumeration found that it prefers stick insects and caterpillars. The feeding occurred too far away for us to see anything but the repeated flight of the bird. 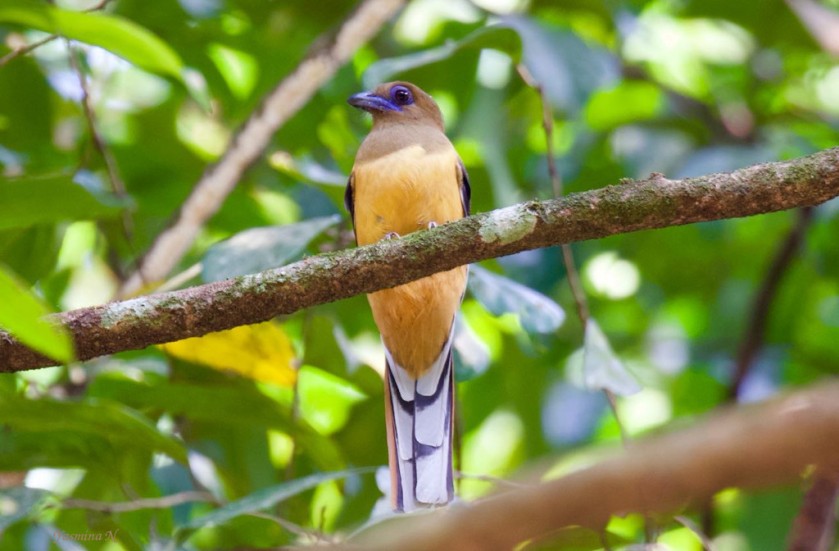 The female (photo above) is less brightly coloured. We saw one nearby. Since Trogons are known to pair-bond, and January is in the nesting season, I assumed that these two were a pre-nesting pair. Since Trogons vigorously defent their territories, I would think that the chances are high that these two were a pair. The female did not move much as we watched the male hunting. Usually a visible difference between sexes of birds means that there is a difference in their roles while rearing chicks. In the H. fasciatus, both sexes share the task of making a hole in a dead tree for the nest, and they share the job of incubating the egg as well as brooding and feeding the young. So, is the colour of the male Trogon purely due to sexual selection?

There have been several detailed studies of Malabar Trogons. But clearly there are still questions to which answers are not known.