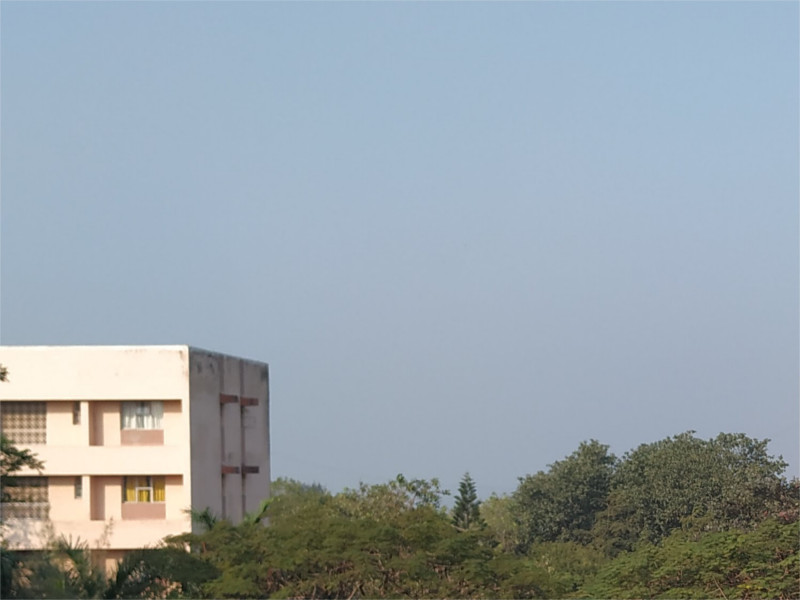 To the right of the building that you see in the featured photo, above the trees, is my view of the sea. I can often see ships on the horizon, waiting to dock in the Mumbai harbour. Not now. For the last two weeks, I have not seen the horizon because of the pollution. It is specially galling, because we’ve had wonderfully clear air for almost a year, since late March 2020. I took winter pollution in my stride before, hiding behind masks and switching on air purifiers, but this year I reminded myself of the reasons behind this.

The reason for the annual winter pollution is the formation of an inversion layer in the atmosphere. When the sea is colder than the land, the hot air over the city rises, and cold air from the sea blows in. This happens daily, through the year. In winter, the sea air is colder, and the sun is not high enough in the sky to warm this layer fast enough that the breeze sustains itself through the day. As a result, a cold layer stays put over the city, as human activity pumps more pollutants into it. Since cold air is denser, the layering is stable, and the static dense layer just gets more and more dirty. On a relatively warmer day this layer can get heated enough to rise, and one can suddenly see the air clear up. But then as the air cools again, it gets murky as the temperature inversion sets in. By comparing the maximum and minimum sea water temperature with atmospheric temperature, it seems to me that, as usual, we are in for bouts of bad air right until March.

What bothers me is the source of the pollution. Since businesses are still running in shifts, and people are largely home, the traffic is not as bad as it used to be. Sure, the rush hour has its share of snarls, but travel times are still only half of what they were last January. On the other hand, all the construction and repairs that were postponed by nine or ten months has suddenly started again. I can see roads dug up everywhere, many earth movers at work, and concrete being poured. I guess dust from construction, rather than traffic and industry, is the main component of the bad air now. This is actually worse than normal, and very bad news for respiratory health.

In other years I find that visits to Delhi or Kolkata in this season are likely to give me a bad throat. The reason is that the air pollution in both these cities comes from burning organic matter, which may cause fungal spores and bacteria to become airborne. These are directly responsible for throat infections. Winter pollution in Mumbai usually causes respiratory problems in more indirect ways. However, if dust is now a major component of air pollution in Mumbai, then the bacteria carried in soil have just added to the list of throat infections we can now get. Add this to our worries about COVID-19 and the possible cross over of the bird flu now killing poultry and crows through the country. Consider also that an inversion layer prevents the rapid dilution of pathogens that infected people breathe into the atmosphere. All told, the next couple of months could be bad.