Lath ki Masjid is named after a broken iron pillar whose three pieces are now on display on a little platform near the north-eastern corner of the mosque. Ahmad Shah, sultan of Delhi after Ala ud-din Khilji, appointed Dilawar Khan as governor of Dhar in 1390 CE. Two years later he declared independence and established the short-lived kingdom which gave us the wonderful architecture of the new capital of Mandu founded by his son Hoshang Shah. But during Dilawar Khan’s five year reign some beautiful structures were also built in Dhar. The Lath ki Masjid, completed in 1405 CE, was one of these. 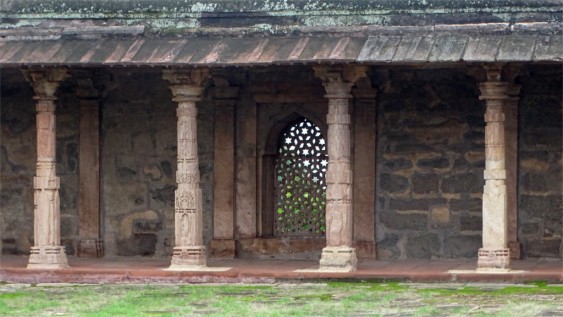 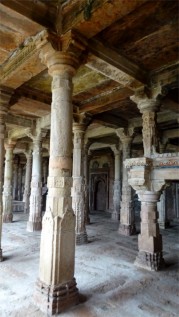 The broken pieces of the iron pillar 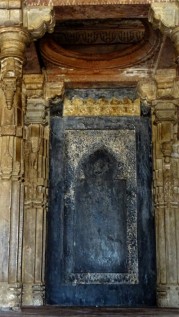 Jali at the eastern entrance 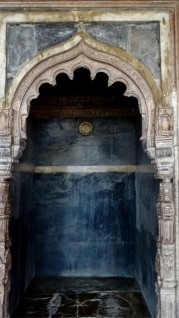 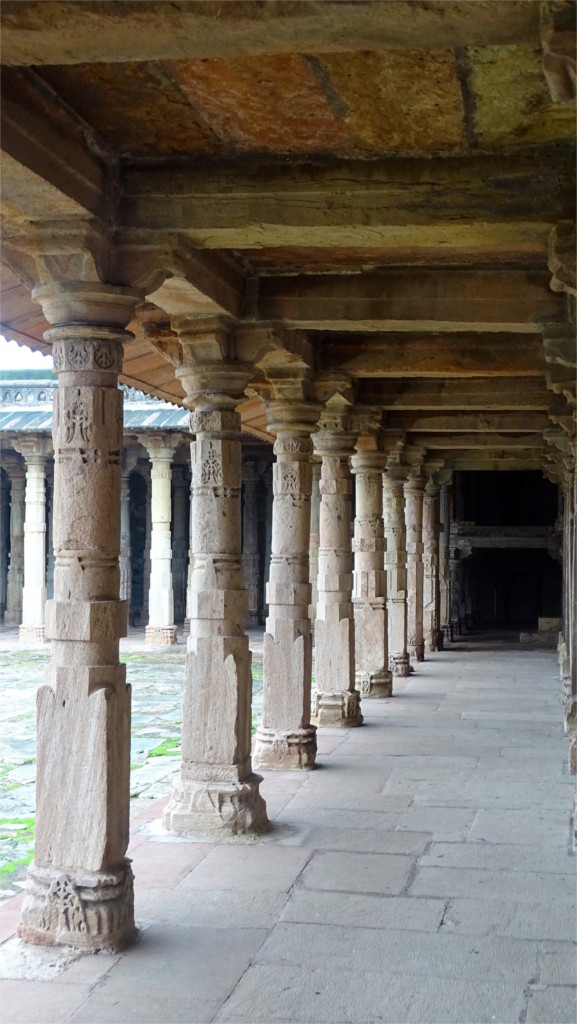 Dhar had seen a long and stable rule by the Paramara kings in the previous millennium. That dynasty was brought down by the Chalukyas of Gujarat, who sacked and looted the then-prosperous city of Dhar in the 11th century CE. So this is one of the oldest structure that one can see in Dhar. It uses pillars scavenged from older temples, and adds newly carved mihrab (prayer niches) and minbar (pulpit) in the western vestibule. The jalis, some of which you see in the photos here, are clearly Indo-Afghan, and refreshingly different from the Mughal jalis which are seen all over India. The grand entrance on the eastern facade is a wonderful example of Indo-Afghan architecture. The iron pillar is supposed to have an inscription commemorating Akbar’s visit in 1598 CE; I didn’t have the energy to climb the platform to look for it.

This was one of the best preserved structures I saw in Dhar. The Archaeological Survey of India was entrusted with its maintenance by an act of Parliament in 1951 CE. The organization has done its work well. As usual, you can click on any of the photos in the collage above to get to a slide show.