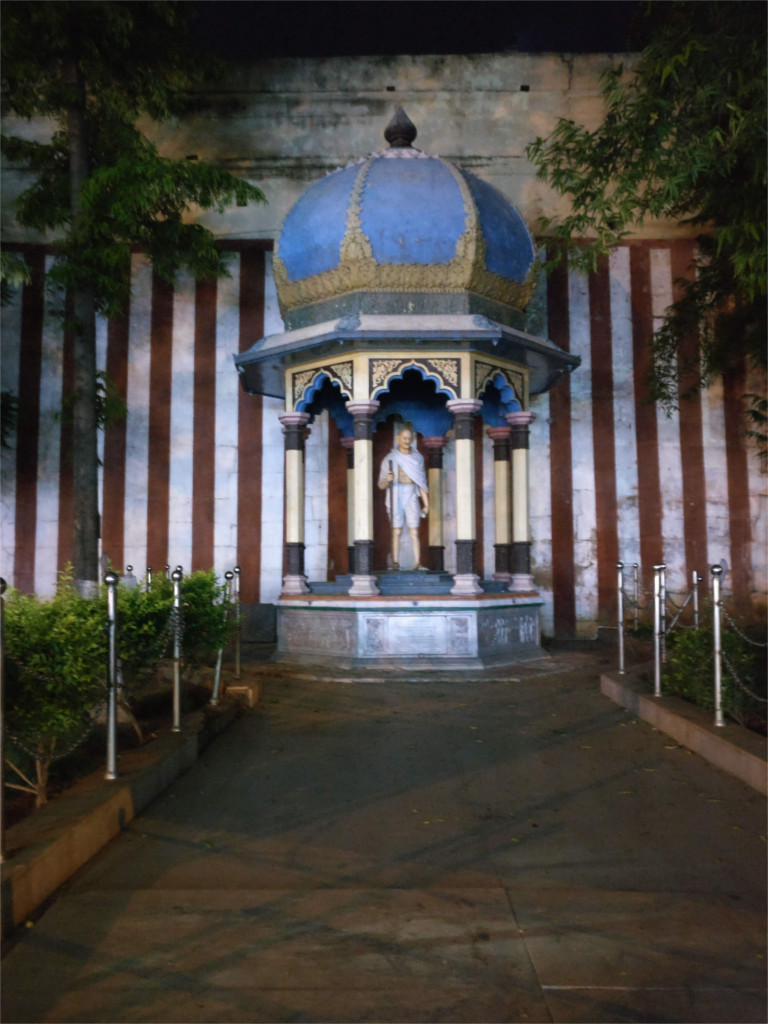 A month ago, on the occasion of Gandhi’s one hundred and fiftieth birth centenary, I wrote that I did not have any Gandhi memorabilia. I remembered later that it was not true. I had a photo of a memorial to Gandhi just outside the eastern wall of Madurai’s Meenakshi temple. It is a sign of the very high esteem that Gandhi is held in that this statue is placed so prominently near the very center of tradition in Madurai. At the same time it is outside the temple, and not inside, with statues of gods and goddesses. A very calibrated placement, I thought. I post it a month late, but better that I post it now than forget it.