Passing through the city of the dead, the Necropolis, we would enter Hierapolis through the triple arched northern gate (featured photo), erected in 84 CE, when the town was rebuilt after a major earthquake, to welcome the Roman emperor Domitian. From there a kilometer long path would lead into the city where I really wanted to see the Plutonium.

But between the Necropolis and the gate there was a structure which was probably in danger of collapsing, and was fenced off from tourists. This was the Roman bath, which welcomed travelers to clean themselves after their journey and before entering the city. It is said to have been built in the 2nd century CE, and was converted into a Byzantine basilica a couple of hundred years later. It is interesting that the Romans would oil themselves before a bath, and then would remove the oil with scrapers and water while taking a bath. They picked up the idea of using cakes of animal fat as soap from barbarians. By the time this city was rebuilt, soap would have been common. After walking past the bath/basilica I realized that the fencing could have been prompted by UNESCO, whose listing of this site as a world heritage notes that the biggest conservation concern for Hierapolis is visitors.

Just inside the gate, to our left were the public toilets. The last one which we had seen was in Ephesus. There one had to guess at the structure because the walls had fallen down long ago. This one was fairly intact for a two thousand year old structure. You could see the remnants of the stalls. We’d noticed underground pipes along the road as we walked past the Necropolis. I guess that in the usual Roman fashion, water and sanitation was a major design criterion. The Romans may not have understood the microscopic reasons behind diseases, but they had enough experience to make sure that sanitation was good enough to minimize the chances of outbreaks of diseases. The baths and the toilets, so close to the city gates, were clear signals of their understanding of these principles of health.

The buildings on the other side of the road no longer stood. Some arches columns were still upright, but the rest of the structures had been reduced to foundations. Typically, there would be a market this close to the gate. The more elaborate columns at the back would have been the beginning of the city proper. There was not much to see here, and I walked rapidly through the rest of the long city looking for my target. It turned out to be away from the baths and the travertine cliffs, towards the distance where the theatre stood. I’d already seen several ruined theatres, so I wasn’t planning to walk up to it.

The Plutonium was dedicated to the god of the underworld. It is a grotto near the temple of Apollo (photo above) which emits steam and other gases from the fault beneath the horst of Hierapolis. It is said that the priests of Cybele could approach this opening to the underworld on their bellies, descend part of the way, and often come back alive. There are no priests today, and the whole area was fenced off. The hot springs that flow here are due to rainwater seeping into the faults, and then being forced out. The city is built on top of a geological fault which has slipped by a meter and a half since the late Roman times. Looking at a geological map of the fault zone I realize that the Plutonium was on it. The Romans were right, it was a glimpse into the true underworld. Unfortunately it was closed off.

When you write a travel blog you can’t help being a little envious of the New Horizon’s journey. On the other hand, I’m a tourist, not an explorer. They probably don’t have very interesting food in Charon, and I’m sure you can do little people watching on Pluto. 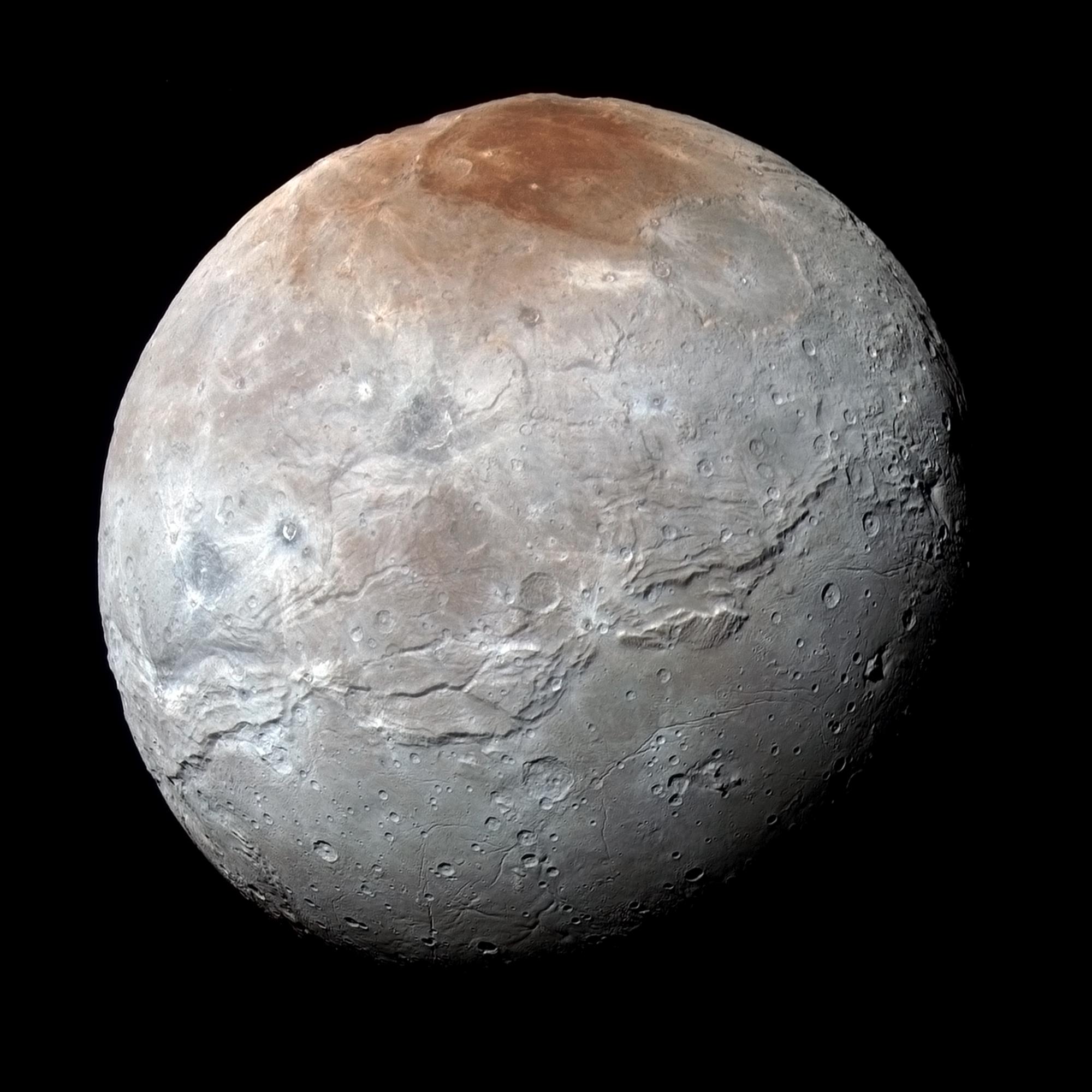 NASA keeps updating the photos. Here is one of Charon: mountains made of ice, glaciers of frozen nitrogen. What a world! What a caper a journey like that is!