Bhutan’s traditional religious paintings appear in many places. Trucks bear the image of the lotus (padma or pema). The tiger, the snow lion, the dragon and the Yamantaka are seen in murals in temples as well as people’s homes. Dzongs, monasteries and temples contain magnificent murals. A sampling of these is in the gallery below (click to see a slideshow).

Rice fields are easy to cross: there are narrow embankments along the edges, meant to trap the waters. We took these easy paths to cross stretches of fields, and reached the hillock below which Chimi Lhakhang stands. The monastery was built in 1499 and is dedicated to the “mad monk” Drukpa Kunley.

This disciple of Pema Lingpa is said to have subdued the demoness of Dhochu La with his Magic Thunderbolt of Wisdom and trapped her in a rock near the monastery. If you think about the fact that this is a place where women who want children come for the monk’s blessing, then you don’t need to see the wooden copy of the thunderbolt to figure out what it is. In any case, if you are interested, you can be blessed with a tap on the head with it.

The main shrine had interesting paintings and statues, including one of Drukpa Kunley and his dog. Unfortunately it was too dark, and the exposure required tested the steadiness of my hands. The only photo which I managed to take was of this gilded wooden representation of the Buddha. The lobby, on the other hand, was very well lit, and the monk at his rosaries there was clearly interested in our party of six. I should have paid more attention to the paintings on the walls. My memory is that they depicted monks and celestial beings surrounded by animals, being serenely cruel towards demons and other powerful evil creatures. I’m sure the old monk would have explained the meanings of these paintings. We were to see more such paintings later in the day.

Most holy places in Bhutan have burning lamps, and stores of ghee for lighting new lamps. The rooms are nice and warm when you come in from the outside, but also, because of that, smells of rancid ghee. We left the shrine and walked about the monastery. It was full of young novices at work making candles and the lotus-and-dagger wooden pieces which go on top of poles holding prayer flags. They seem to be pretty fired up by the teaching of Drukpa Kunley.

In her on-job avatar, The Sullen Celt had been bringing tour groups to Thimphu and Punakha every year. She was the one who had read up about Chimi Lhakhang and its tradition of Tantric teaching. Drukpa Kunley was a Tantric master who taught that sex and religion were inseparable. The oldest Tantric story I knew was of Kapalika, who, after her lover died and was cremated, smeared his ashes over her body as a mark of their union. In India the tradition remains mainly in temple sculptures showing sexual acts, but in Bhutan it is very alive. Phalluses were painted on walls of huts in villages nearby. The refusal to separate different aspects of life is a very healthy attitude.

However, Drukpa Kunley lived in medieval times, and his poems reveal that his attitude towards women was of his times. As tourists we met few urban people socially, so I was unable to find out how his teachings are interpreted today.

Thinking of Bhutan brings back memories of a wonderful country with gentle and friendly people. As tourists we probably saw a larger proportion of monks than there actually are in the population. Also, we saw much more of the countryside than the city. Still, I hope the slide show below captures a not-unreasonable cross-section of the people of Bhutan. Click on any of the photos to start the slide show. 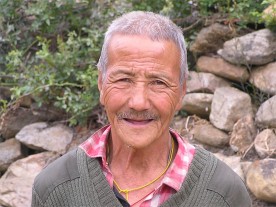 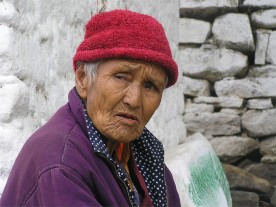 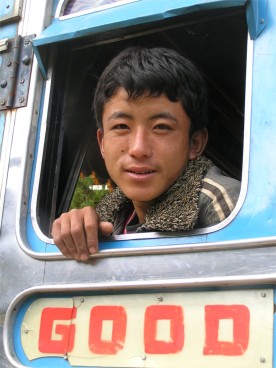 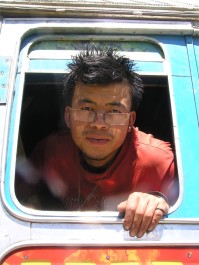 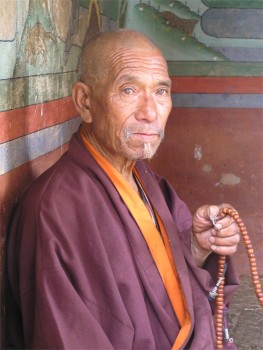 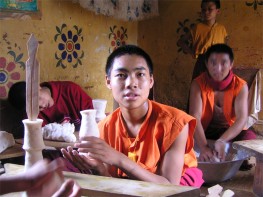 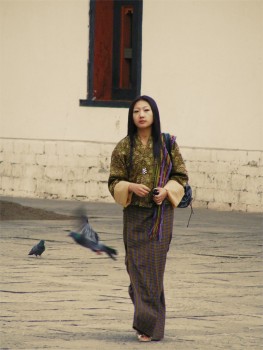 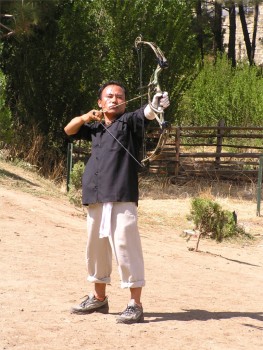