“Get it over with,” was The Family’s verdict. “Let’s go to the beach and sea the fishing nets.” The fishing nets were much less impressive than icons of tourism have any right to be, but just before you reach them is heaven. At least a cat’s version of heaven: a sea food market with all the wonderful catch from boats pulled up between the shore nets. Everything you want is there: lobsters, squid in its own ink, octopus, shark, shrimp, shark! 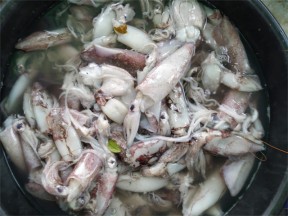 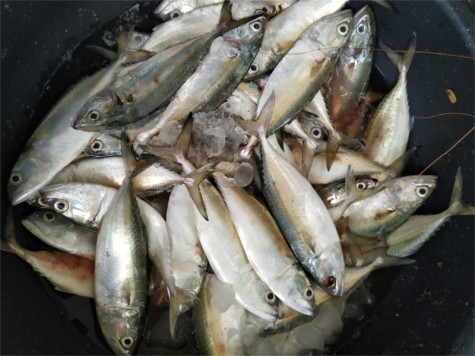 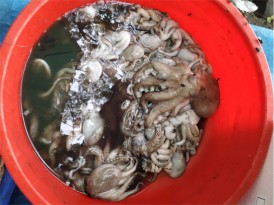 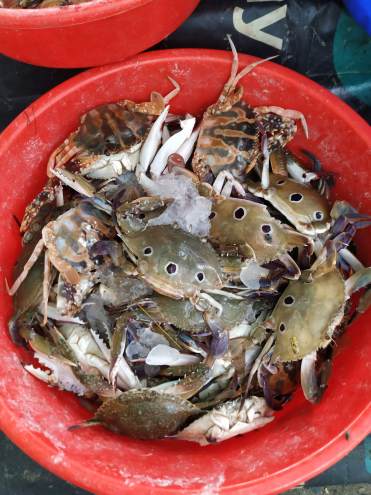 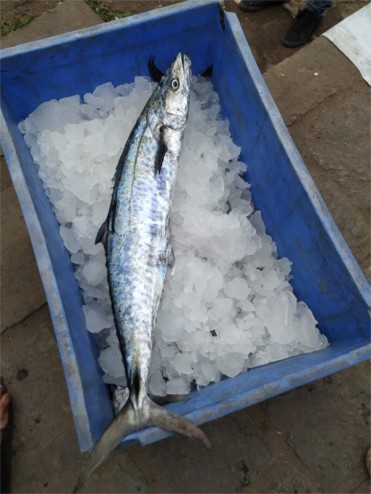 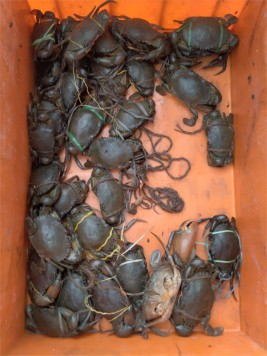 A large fraction of the people at the beach were examining the fish with interest, but it didn’t look like much was being sold. There was much I couldn’t recognize, so I sent off the album to my family, large parts of which have dedicated their lives to fish. After the clamour died down there were IDs for four varieties of fish: small pomfret, rays, blue runner and the pearl spot. The many varieties of edible marine arthropods that you see in these photos remain unidentified down to the species. Sea food fans, if you have any further IDs, please leave them in the comments to the photo. Otherwise just enjoy, like the cat in the chair.

After buying my train tickets I found that I was quite hungry. It was about 5 PM local time, but my body was probably still two and a half hours behind. Maybe it was a late lunch that I needed. The first day in China could be a little confusing for one’s metabolism. I’d eaten a large breakfast before catching my flight out of Shanghai, and then skipped lunch. Whatever the reason, I was famished, and there was a food street I could walk through. I looked at the various things on display and my eyes snagged on some seafood. 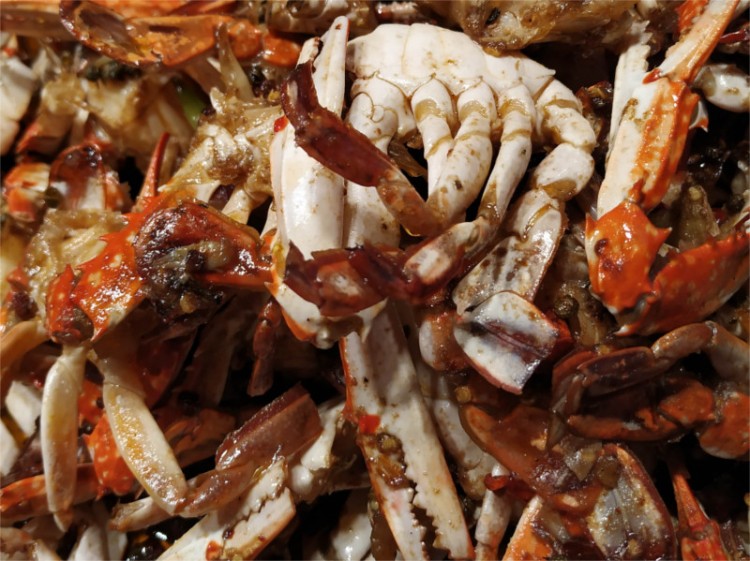 The shrimps with Szechuan peppers looked very inviting. What crab was that next to it? Not the Shanghai hairy crab, I thought when I looked at it closely. That would have been good, but I wouldn’t mind other crabs. Next to it was a trayful of large lobsters, cooked in Szechuan style. Some gestural language established that I could take a mixture of things, and pay by weight. 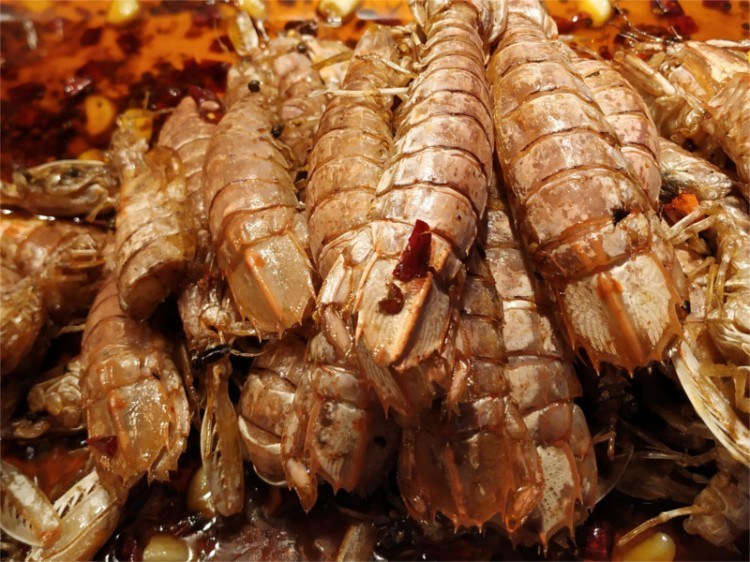 While buying the food it struck me that eating crab and lobster with chopsticks would be a challenge. Fortunately this is a challenge for the locals as well, so you get a bunch of plastic gloves as well. Between chopsticks and gloved hands it was not at all difficult to work my way through a bowlful of mixed seafood.

Casting about for one, just one, place to spend a few days in China, we decided on Guangzhou for one simple reason: the food. When you look at lists of Michelin starred restaurants in China, about half of them feature Cantonese food. The food of Guangdong is famous even inside China. Normally I do all the reading about food and restaurants, but this time The Family spent some time looking at descriptions and reviews of restaurants. I left Mumbai with notes on about ten restaurants which we might like to visit.

We found a hotel in the Liwan district of Guangzhou and were surprised to find that several of our top choices were within walking distance. Our first lunch was in the restaurant named after the city, Guangzhou, on the Shangxiajiu pedestrian street. This is a very popular place. A soon as we entered, we were asked whether we wanted lunch or dim sum. We opted for lunch and were given a table on the ground floor. We struggled with the enormous menu, flipping back and forth, until a couple at a neighbouring table offered to help.

The photo above shows the excellent goose that we took on their advise. They spoke excellent English, and turned out to be residents of Hong Kong. They were in Guangzhou for a lunch to celebrate their anniversary. Since the train between Hong Kong and Guangzhou takes only an hour, this seems like a perfectly reasonable thing to do. That someone would come from Hong Kong specially to this restaurant for their anniversary was as good a recommendation as you could get.

One of the things I like about Cantonese food is the freshness of the ingredients. The sauces are not heavy, and they allow the meat to speak for itself. I also like the huge variety of vegetables that one can get. We went back to this restaurant again the same night. In the absence of our serendepitious guide, an English speaking waiter came to help us. When we had finished ordering he asked whether we might want some vegetables. Of course. We quickly added a plate of steamed cabbage to the order (photo above).

The dish of the night was the tofu and shrimp dish which you see above. This has entered our personal history, when we sigh sadly about food that we would like to eat, but we cannot, this is the dish that we talk about now. It was a surprise, because this is not a combination that I could have predicted that I would like. Food in Guangzhou restaurant is not the kind you find in a Michelin starred place; it is not heavy on presentation. Whatever we ate seemed like old favourites. They should be, since the restaurant has become somewhat of an institution since it opened its doors in 1935. There are now many branches of this restaurant but this three story place is where it started.

I seriously thought of having every one of my meals in this restaurant, but The Family was quite stern about trying more places on our list. So I had to leave with a few photos of its famous indoor pool. The one you see above was taken from the third floor.