One of the differences between India and China that hits you after a few days is the lack of dessert with meals. The Chinese like to order fresh fruit with lunch or dinner. I’d noticed this first when a colleague took me to a restaurant famous for Peking duck, and ordered fruits with the duck. Nibbles of fresh fruit actually enhanced the enjoyment of the fatty meat of the duck. Perhaps because of this, Chinese meals do not usually come with a dessert. 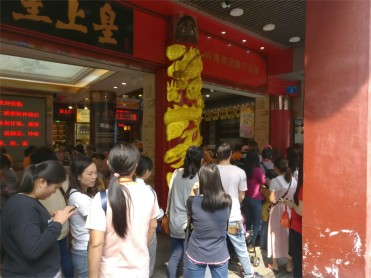 The first time I walked down Di Shi Fu road in Guangzhou, I saw this long queue outside the building which holds Guangzhou restaurant. I looked more closely at the counter to see what was being served. It looked appetizing, and I’m always tempted to stand in long queues outside food stalls, because the queues would not form if the food was not special. But I’d just come out of the restaurant, and while my spirit was willing, my stomach vetoed the idea. There was so much food to explore in Guangzhou that I never came back to this place, unfortunately.

Sour plum soup counters seemed to be everywhere across China. I liked the fact that the people at these two neighbouring stalls were spending their slack hour chatting with each other. I took several photos because I liked the effect of the steam and the light, but the pair never noticed me. Now, looking at the series of photos, I realize that the main story was not the light, but the two people here. 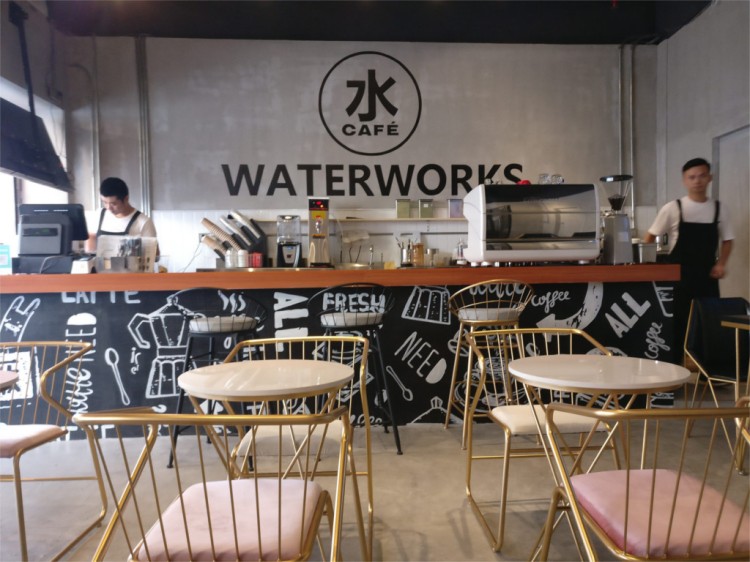 One place I kept going back to on this road was the little cafe off to a side called Waterworks (although the Chinese character only says water). It is typical of the new China; a few people have dedicated their time to making good coffee and they are working really hard at it. I was happy to help out their business, and I succeeded in my small way, mainly because their hours were quite long.

If you noticed that my responses to comments was a little late and terse recently and wondered why, here’s the answer. I spent a couple of weeks traveling in China. The Family and I reached Shanghai late at night. By the time we checked into the hotel, there was only one dinner option which did not involve much walking. You may not think of a trio of sausages with sauerkraut as Chinese food, but I temporarily went by the principle that any food which you find in China is Chinese food.

Looking through the menu I found a beer on tap called Goose Island. I hadn’t tasted this before. It turned out to have an interesting bitter and sweet taste. A quick scamper through a tunnel in the great firewall showed that it is brewed in Chicago. Gulp! The Family, busy with a mushroom soup and garlic bread, asked “This is comfort food for you, isn’t it?” Strangely enough, it is. 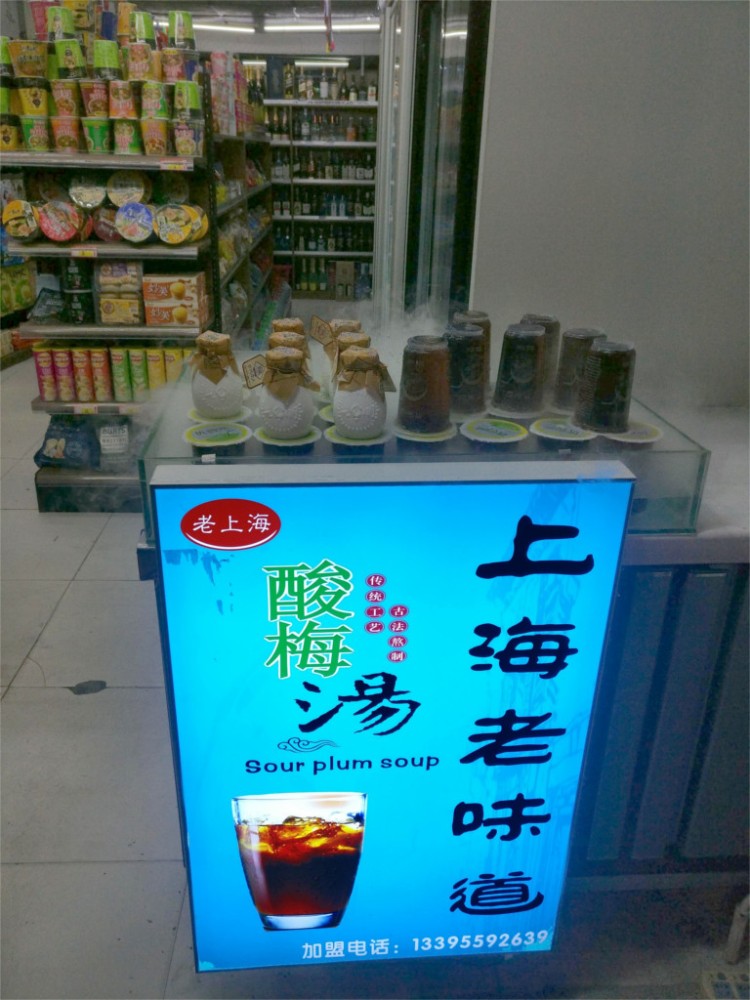 It was late. We were tired and sleepy. But this was Shanghai. Even though the night temperature would have been unbearably cold in Mumbai, we took a stroll through the deserted streets of a city which we don’t mind going back to. A few people hurried by, hands deep in pockets. We stopped in front of a kiosk selling sour plum soup. “Maybe tomorrow”, The Family murmured. We walked back to the hotel. The next day was going to be long.