Autumn is supposed to be the time when life shuts down, trees dry up, the land turns barren. Demeter is supposed to withdraw from the world to mourn for Persephone. These are stories and suppositions, which my new macro lens puts a lie to. A dried bush (see the featured photo) becomes home to mould which germinates and begins to spread its spores. This world is spring, as far as the mould is concerned.

After a long spell of continuous rain, I walked to work on a sunny morning and stopped to admire a six century old rubble wall. In hollows and cracks in the stone, between the flakes of mortar, and against the sometimes-dry-sometimes-wet stone, new life is burgeoning. “Winter is coming” is a slogan for life in this miniature world.

A special micro-climate in a tiny hollow 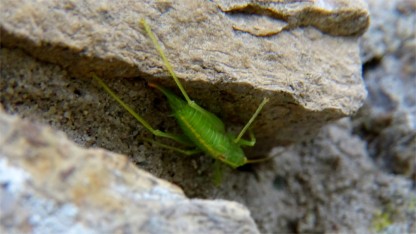 A barely visible strand of moss 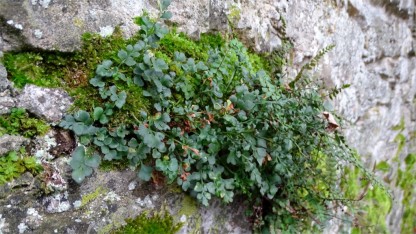 Never seen a moth so small 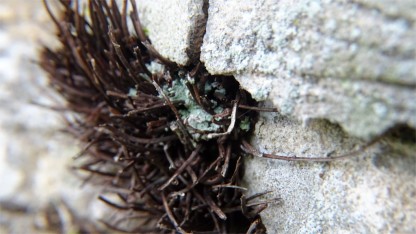 Lichen growing over a miniature thornbush

This is a green and brown world which I had paid no attention to earlier. Now that I have a macro lens, I look continuously for new subjects to photograph. What a difference a new tool can make to your whole worldview!