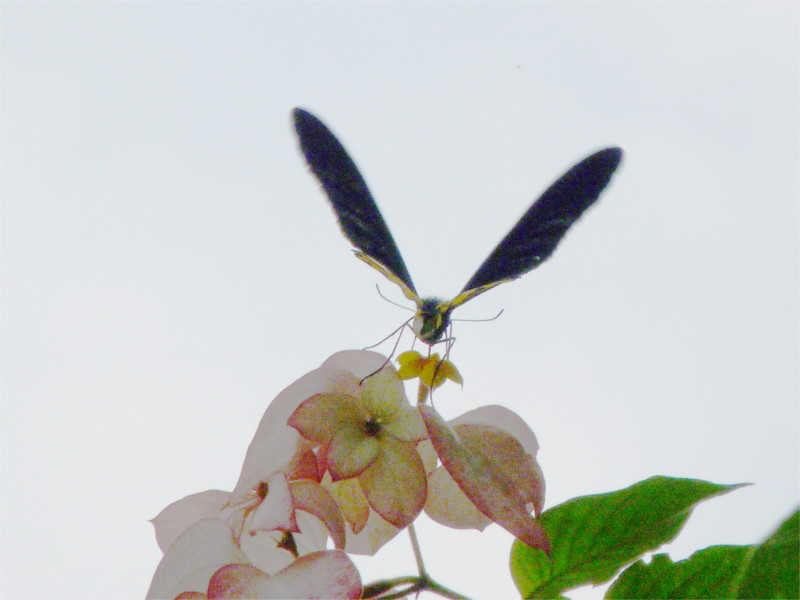 My only sighting of a Himalayan Birdwing (Troides aeacus) came one evening in the Mizo hills area of Tripura. A very large black and yellow butterfly flew past overhead, headed straight for flowers at the top of a nearby tree. I took a couple of photos, but it was sitting edge on to me, and in silhouette I could no longer see the attractive colours. We talked about the then record-holder amongst Indian butterflies, the Southern Birdwing (Troides Minos), of which one specimen collected in 1932 had a wingspan of 190 mm (7.5 inches). I’d not seen one then, and I still haven’t. The butterfly we had just seen was easily as large as a sparrow, perhaps larger. But the photo was not very good, and I put it away.

This March a new champion emerged. One specimen of the Himalayan Birdwing turned out have a wingspan of 194 mm, beating its southern cousin by a whisker! When I read that paper, by Shristee Panthee and Peter Smetacek in Bionotes (Bhimtal), I had to dig out the featured photo. It is not a good photo at all, but if you look carefully, you can see that the hindwing is yellow and the forewing is black, with some streaks of white or yellow. When you have only one photo of a champ you are proud of it, even if he is not seen at his best.