When you travel to Turkey the thought of a hamam, a public bath, cannot be far from your mind. After all, so much has been written about them in guide books and blogs! So when I came to the hamam of the queen mother (Valide sultan) in the harem of the Topkapi palace, I was really intrigued. This was the chamber of one of the rulers of the Ottoman empire; the Valide sultan could give orders to the vazir (the chief minister). 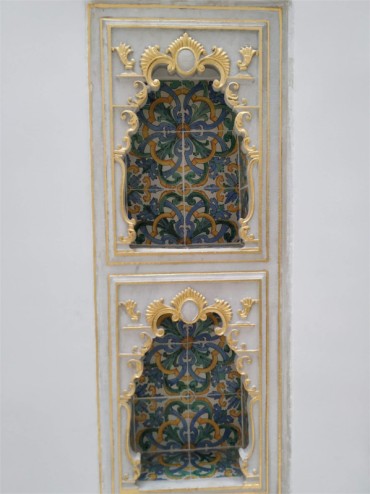 From the gilded screen fencing off the bath (featured photo), to the amazingly decorative niches in the wall, and the marble basin with gold highlights, everything fitted the picture one has of Ottoman royalty. Hamams typically had a hot room with dry hot air where one would sit in order to perspire, this would be followed by a bath in which water is splashed on the body, and then a period of relaxation in a cool room. 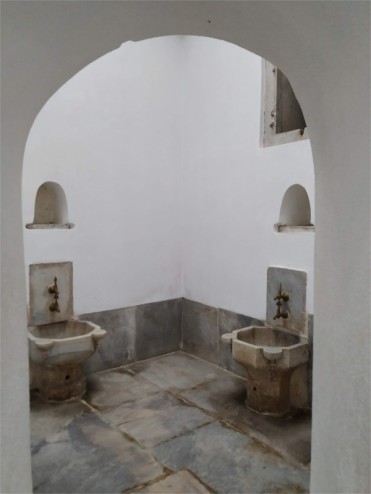 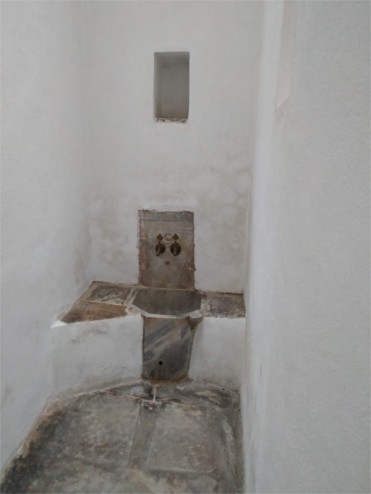 I found it interesting to compare the hamam of the queen with that of the Janissaries. They were elite Ottoman troops, and their quarters are highly decorative. The baths, however, were plain and utilitarian, as you can see in the photos above. While I was wondering about the plumbing, The Family asked, “Why are the basins so low?” It is a question with no answer until now.

We thought we would spend a leisurely afternoon walking through the Topkapi Palace, but it became more hectic than we had expected. The building of the palace started in 1450 CE, soon after the sultan Mehmet conquered Istanbul, and continued until the 17th century. The result is that there is a lot to see, and three hours may feel a little rushed. It is hard to make sense of the palace complex as a whole (a feeling I’ve also had in the Forbidden City in Beijing, and also in the palaces of India), so it is best to concentrate on parts separately. Today I thought I would post a few photos of the Imperial Hall (Hünkâr Sofası) in the harem. 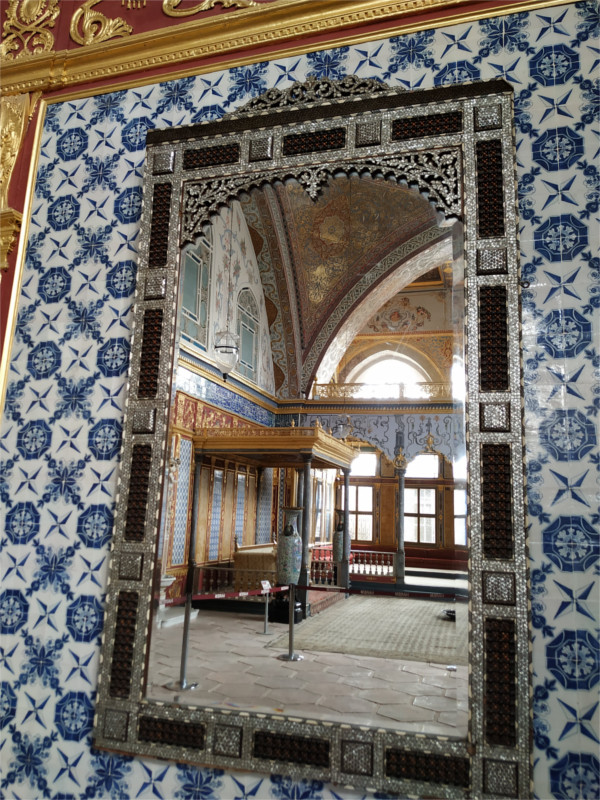 The harem was the private palace of the Sultan and his family, and was controlled by the Queen Mother (Valide Sultan). Like in Indian palaces, the Topkapi Palace had multiple throne rooms, and the one here was for private audience. It was built in the 16th century, burnt down in the fire of 1666, and rebuilt immediately after that. The side gallery (featured photo), where the family sat, is an example of this. The Delft tiles and the Venetian mirror in the photo above was added in the 18th century, The gilded sofa was a present from Kaiser Wilhelm II of Germany. I have no idea where the tall Chinese vases came from, and no photo of the gilded clock donated by Queen Victoria.

The central dome of the room is supposed to be the largest in the palace complex. In this view you can see the incredibly ornamental interior of the dome. This is original, from the rococo style redecoration of sultan Osman III, executed immediately after the fire. I looked up at it until I got a crick in the neck. The Family was engaged in a minute inspection of the tiles. This is a room which reflects the aesthetics of the whole palace: a single look cannot encompass it, you really have to examine the details. 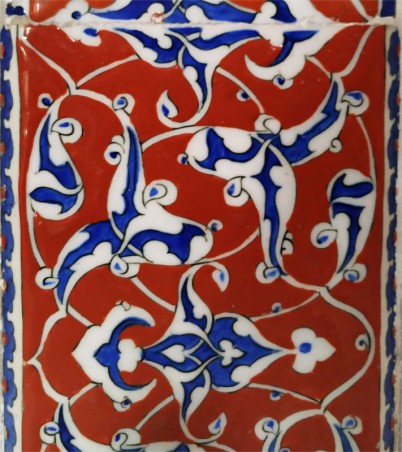 In that spirit, I stop with details of two sets of tiles that caught my eye. This trip was my first exposure to Ottoman ceramics. It seemed to me that the first step in recognizing Iznik tiles could be to examine the bright cobalt blue, white, and red colours under a hard colourless glaze. I would get to see more of these tiles in coming days.