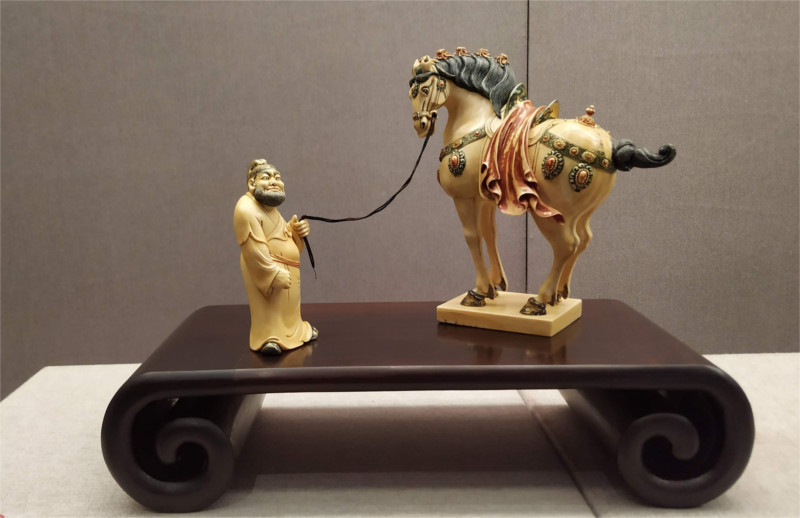 Inside the Zhan garden in Nanjing, I came across a little exhibition of arts and crafts. All I could tell was that it was not in a contemporary style. The labels on the exhibits were written in calligraphic Chinese, which I find very hard to read. If you are able to read the poster in the gallery below, I would be very glad to have your help in learning more about what I saw. 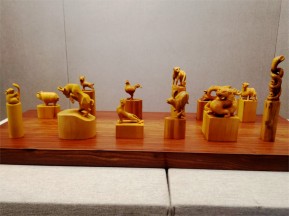 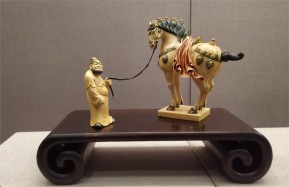 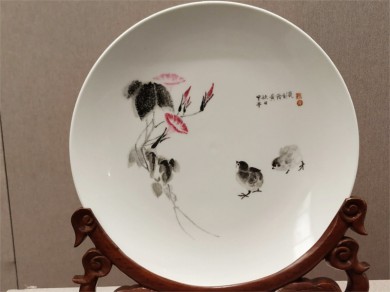 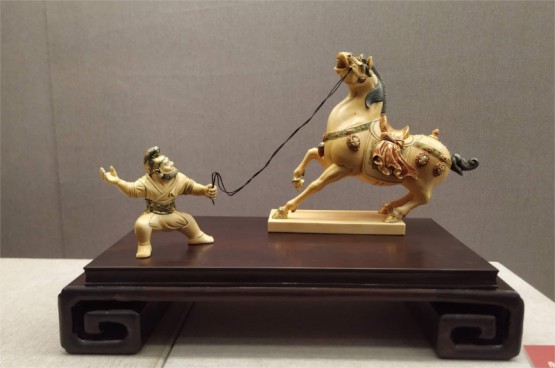 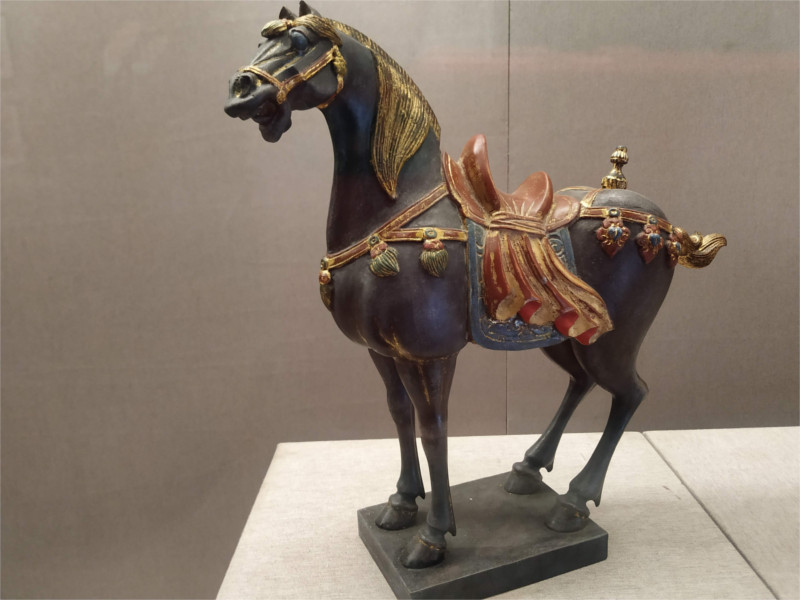 I’m always fascinated by the Chinese imagery of horses. The rest of the world divides horses into two types of symbols: those of speed (think race horses), the other of plodding power (think of a draft horse). The Chinese view of horses is that of nearly untamed power; it is an achievement to tame it. I looked carefully at all the horses on display. Chinese calligraphic art makes it way into the design of plates. I love the acute observation and wonderful execution of the pictures of flowers and birds that you can see.

In the mountains and valleys of Bhutan every major spot has a story associated with it. We were told the story of Jakar Dzong by a gentleman we met at dinner in our hotel. When the first king of Bhutan, Lam Ngagi Wangchuk, came to Jakar from Trongsa he looked for a place to build a temple. His monks saw a white bird circle in the sky several times before landing on a ridge. This was taken to be a sign, and the king built a temple here in the year 1549 CE.

When we drove to the Chokhor valley from nearby Ura, this large Dzong dominated a ridge, but was itself dwarfed by the high peaks behind it (see the featured photo). It seems that the Dzong was constructed in the year 1667 CE.

It was severely damaged in an earthquake in 1897, and was repaired.

From the distance we saw that the central tower of the Dzong is part of the external walls, unlike all the others that we had seen till then. It is said to be the largest Dzong in Bhutan. The car had to be parked a little below the walls, and we walked up over a stone-flagged pathway.

We had earlier visited one of the famous monasteries in Bhutan and been disappointed there, since it was under restoration, and the woodworm infestation was being rooted out.

This Dzong showed what the intricate woodwork may have been like. The sequence of square butts above the windows looked like lap joints from several cross beams or a single finger joint from a wide piece of wood. I would have liked to go in and look, but the rooms were closed. We admired the beautifully painted woodwork and moved on.

The Dzong is huge inside, and we passed the various buildings and looked at the gardens within the walls. This particular monastery-fort played a role in the wars against Tibet, and was the site of a significant military victory in the 17th century CE.

Its official name, Yuelay Namgyal Dzong, celebrated this history. The watchtower which you see in the photo alongside has a clear military purpose. A tactical asset was the presence of fresh water inside the walls. We walked down to see the spring and had a view of the beautiful valley outside the walls (see the photo of the gate above).

The wars of previous centuries seem to be forgotten now, and the Dzong and its surroundings look very peaceful. Later, during dinner at the hotel we started talking to Bhutanese traders and bureaucrats, and realized that there is still concern about the stability of the border between Tibet and Bhutan. But Jakar Dzong’s contribution to military history is quite definitely done.