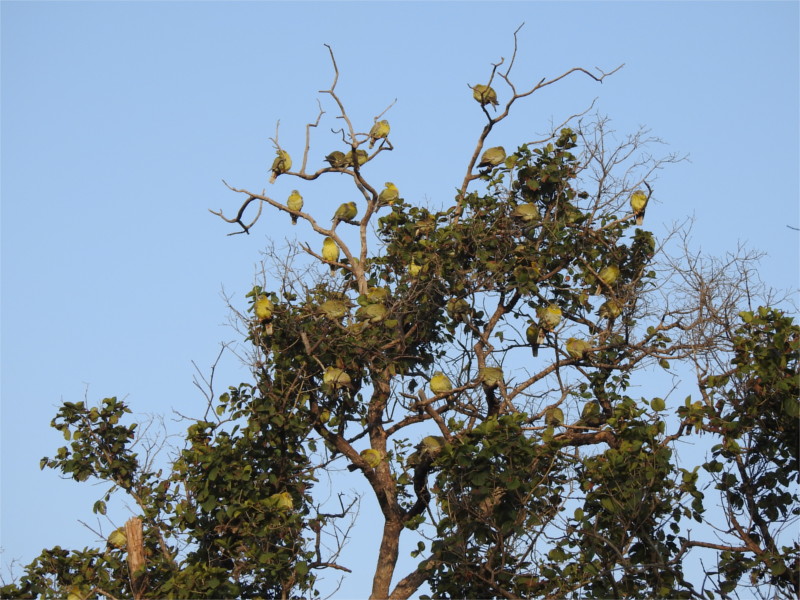 As we entered Bharatpur’s Keoladeo National Park early one morning we looked up to find a tall ficus tree bearing what looked like large green fruit. Wild figs are usually small and red, so this deserved a closer look. It wasn’t fruits of course, it was a flock of Yellow-footed Green Pigeons (Treron phoenicopterus) at their characteristic early morning foraging. These birds are critical in dispersing the seeds of many trees. In a good forest like this, seeds of trees have been observed to be widely dispersed by these pigeons. A study found that in degraded forests, when the population of these fruit-eaters decreases, the seeds remains in the neighbourhood of the parent. 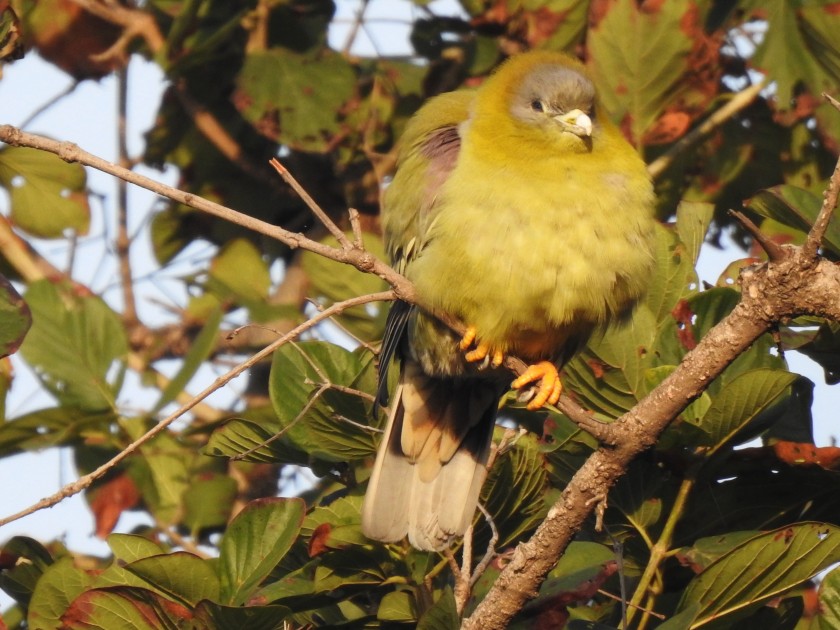 There was a bit of an early morning chill in the air, and my layers felt a little restrictive on my arms as I raised my camera to take photos. The light was wonderful after the shower of the previous evening. When I zoomed in to individual birds I could see that they had fluffed up their feathers to trap a layer of warm air inside. I’ve seldom seen these pigeons looking so nearly spherical. 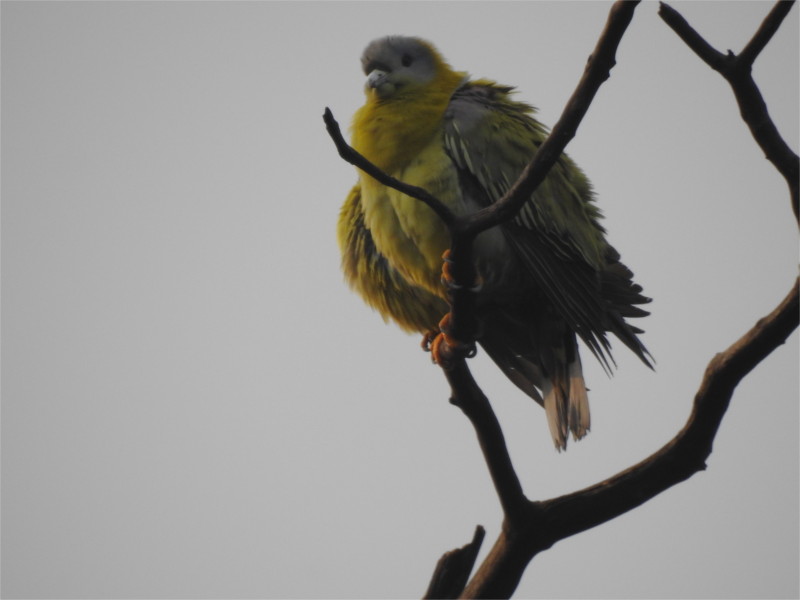 These green pigeons are widespread across India, and as far east as Vietnam, as a result of which IUCN classes it as being of least concern for conservation efforts. Nevertheless, there are widespread reports of habitat degradation, and a census is probably called for. After the big shower the previous evening we had seen some of these green pigeons in the neighbourhood of the same tree, looking extremely bedraggled. It is strange that there seem to be no studies of the genetics of this widespread species, in spite of the fact that multiple subspecies cohabit within its geographical spread, and that there is no evidence of mixing of the subspecies. We don’t really know whether Maharashtra’s state bird is a single species or a species complex.