The Merriam-Webster dictionary defines Mudejar as a Muslim living under Christian kings especially during the 8th to 11th centuries. It also says that the first known use of the word is from 1829. Soon afterwards it was applied to a style of Spanish architecture in the sense that it still carries. The style is seen in all the photos here.

The main characteristics of the style are brickwork, decoration with tiles, intricate carpentry, and the use of geometrical motifs in decoration. The featured photo is of the grand mosque in Granada, and shows all these features. The mosque was closed because I went there in the afternoon of the last day of Ramzan, so I did not manage to see the interior. Still, the exterior gave a good indication of what the interior would have been like.

In Granada, near one end of Plaza Nueva is the church of San Gil and Santa Ana (photo above), an exemplary piece of Mudejar architecture. Look at the beautiful azulejos (tiles) at the top, above the bells, the woodwork just below it, the beautiful tiles above each of the romanesque arches, and the ornate pillar just below the bells. Again, because I was always there at the wrong time, I could not see the interior.

Notice the beautiful woodwork in these three photos. The one on the left is the exterior of the church of San Nicholas. I climbed up to it on a really hot day, and was too dehydrated to walk in. I sat in the shade outside and drank a lot of water. The other two photos above show the church of San Pedro and San Pablo. Typical Mudejar elements are visible outside. Inside, the ceiling is covered in incredibly beautiful woodwork. A friend told me about his perception of the difference between Islamic and Christian architecture in the Alhambra: that they embody different philosophies of what make something grand. These churches combine these two world views: the high interiors are grand in the manner of churches you see all over Europe, and the beautiful intricate workmanship brings to it the Asian love of detail. One wonders about the missed paths of history; if only the Jews had not been expelled in 1492, and the Muslims had been allowed to stay on after the 25 more years that they did, what kind of new architectural styles would have evolved as engineering improved. 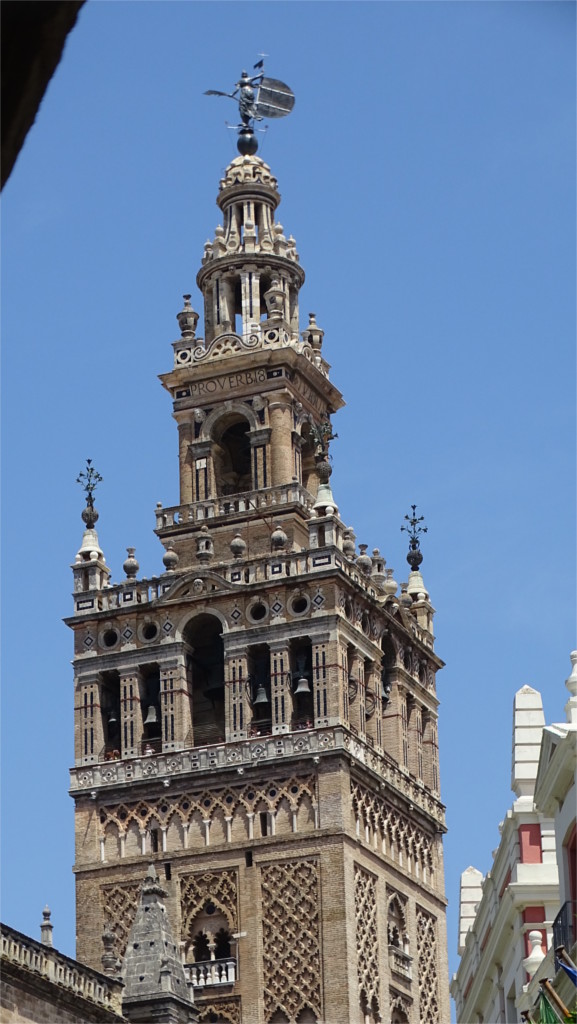 In my mind the Giralda of Seville (photo above) is the grandest of these towers. Technically it does not belong to the Mudejar style, because it was built before the Christian reconquest, and was only converted from a minaret to a bell tower afterwards. However, it has all the elements of this style: brickwork to build up a really high tower and incredibly detailed external ornamentation. 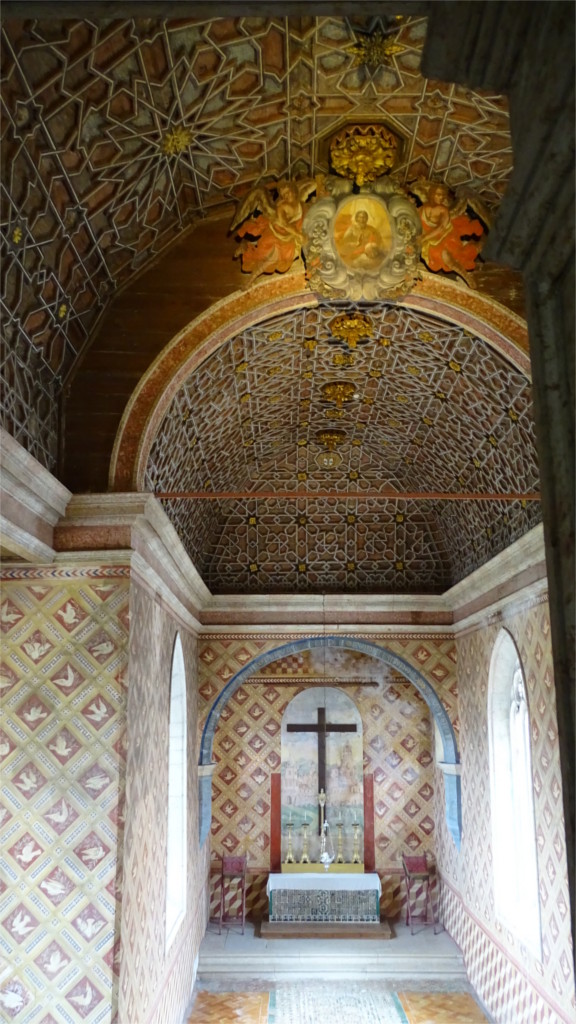 Finally, a moment of duh-ness or serendipity, whatever you may call it. I looked back at the photos I took a year ago inside the Royal Palace of Sintra and realized that I had seen the Mudejar style before. The chapel inside the palace, which you see in the photo above, is an example of this style. And a particularly fine example, one must say.