A typical question that I get asked when a stranger finds out that I’m a birdwatcher is, “What is the difference between a dove and a pigeon?” I’ll usually give a facile answer, “They are closely related. Doves are generally smaller.” But the difference is actually more complicated. Take the spotted dove (now called the Spilopelia chinensis). Its name reflects the confusion. It was once thought to have been a dove, and was given the Latin binomial Streptopelia chinensis. Following a multi-species gene study at the beginning of this century, it is now thought to be a small pigeon. It has been placed in a different genus accordingly.

It is such an utterly common bird that I normally ignore it, but just before sunrise inside Tadoba’s buffer zone, the bird strutted in such a wonderful rosy light, that I clicked the two photos you see here. How common is it? I can see records of it being spotted (yes, I will avoid the bad pun) all across Asia, south of Mongolia and east of Aghanistan, except in Tibet and Xinjiang in China, Japan, and Korea. Since the 19th century it has been reported southwards everywhere in Australia from where it spread to New Zealand, into Fiji, and Hawaii.

It has now been reported across the Pacific in California, from as far north as Sacramento, and as far south as San Diego. Why has it not crossed state lines? Could that be because it is a recent arrival in the US? A little search led me to a claim by Audubon that they were introduced in 1917. I’m not sure whether I believe that date. They breed fast, fly well, and manage to avoid raptors in their native range. So in a hundred years I would have thought it would spread further. There’s a small mystery here. 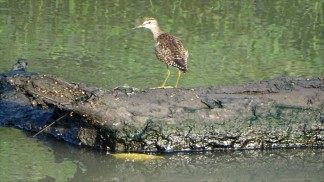 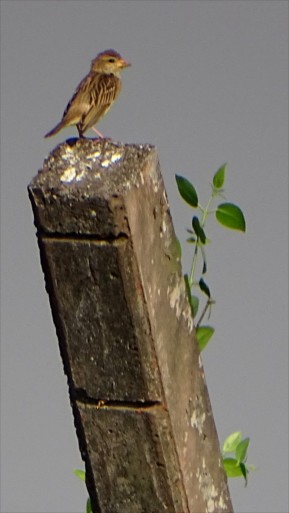 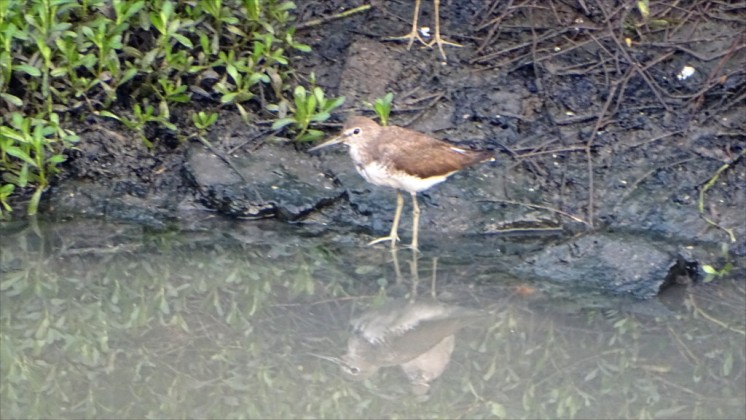