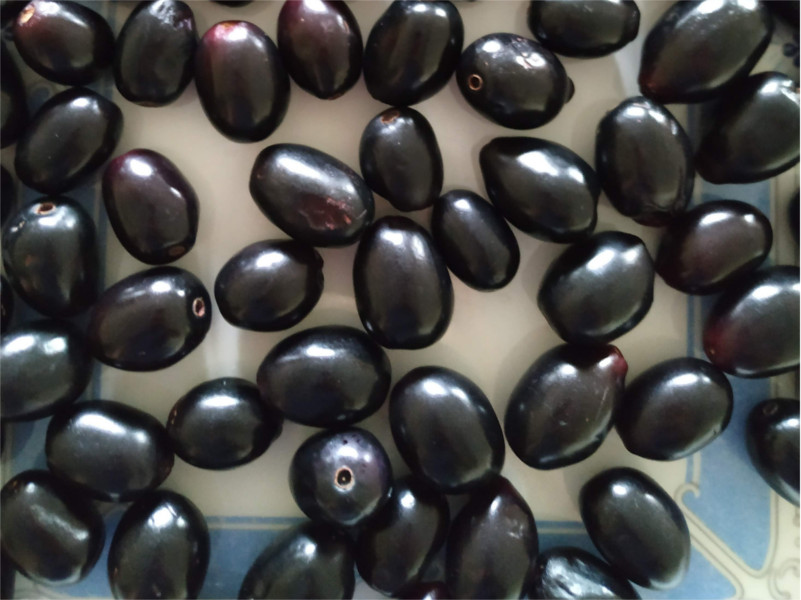 I managed to taste some jamun (Syzygium cumini) at the tail end of the season. This is a fruit which is deeply embedded in my childhood memories. I literally measured my growth by a jamun tree which stood in the garden in front of the house I grew up in. My earliest memories of the fruit are of picking fallen jamun and eating them until my mouth and tongue were stained deep purple. Every summer, over years, my cousins and I tried to climb the tree. Eventually I was able to shin up that straight scaly trunk until the first branch. I was never as good at it as a friend who would go straight up to the fruiting branches and drop fruits down on the rest of us after eating his fill. I wasn’t surprised to find that this tree is native to the Indian subcontinent. Unlike the mango, another fruit of the summer, there is no mystique to this fruit; it is just an old friend, a favourite which you love to come back to. This year too, The Family and I sat down to savour the sweet acidic taste of the fruit, and shared childhood memories of having it with rock salt. 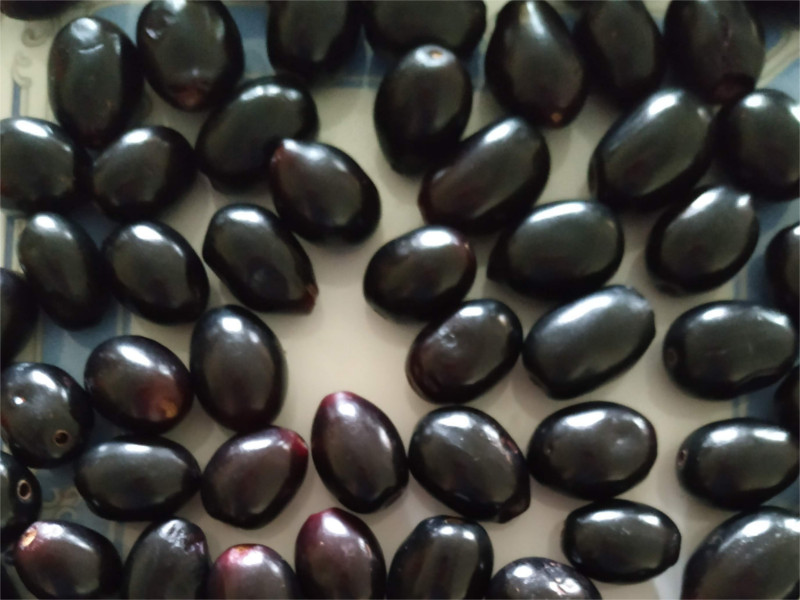 That’s why I was not surprised to find that there is huge genetic variation in the tree across India; no one has tried to cultivate particular strains. Since the taste of the fruit is preserved by the seed, vegetative propagation of jamun has not been widely used. Propagation by seed must have caused some selective distinctions between different regional varieties (the ones we ate this year did not colour our tongues much) while retaining genetic diversity. Two related facts amazed me. First, that although jamun has been carried across the world recently, there are many regions where the fruit is grown but not eaten (imagine that!). Second, that the genus Syzygium is found in a wide arc across the world, from Africa and Madagascar, through Asia, all the way to Australia and several Pacific islands. The geographic spread and genetic clocks indicate that the genus may have evolved after the late Jurassic, when the supercontinent of Gondwanaland was breaking up to create the modern oceans. It contains more than 1500 species, many of which have edible fruits, and (this blew me right out of the water) cloves (Syzygium aromaticum) belong to the same genus.